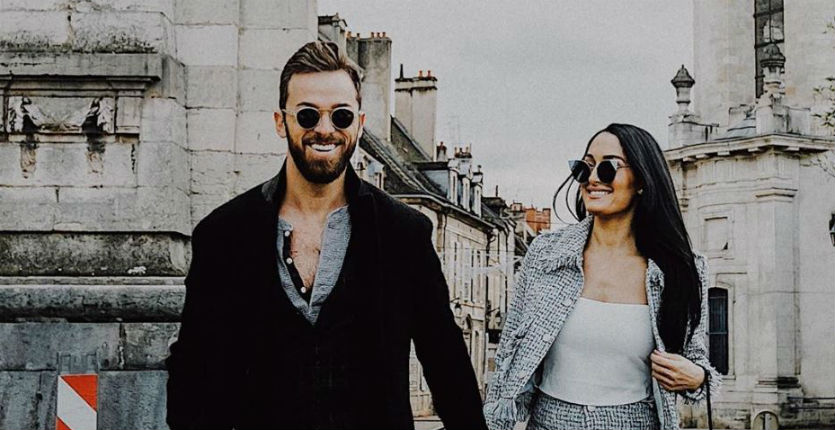 Artem Chigvintsev and Nikki Bella met while competing on Season 25 of Dancing With the Stars. It has been announced recently that Nikki and Artem are expecting their first baby together and are getting married. Fans know tons about Nikki so who is this man she is marrying? Read on to find out exactly who pro dancer Artem Chigvintsev is.

Artem has a long history of dance

People shared that Artem, 37, was born in Russia. He began dancing at a very young age as taught to him by his mother. When he was only 15 he moved to gain more exposure to dancing in Germany, Italy and England. Artem eventually moved to the United States where he met and married ballroom champion Giselle Peacock. The couple only lasted a year before divorcing. Prior to joining DWTS, Artem also dated judge Carrie Ann Inanba in 2006.

While waiting for his chance to be on DWTS, Artem was a pro dancer on the British show, Strictly Come Dancing. Chigvintsev won his first season on the show with actress Kara Tointon. He appeared on the next three seasons as well and finished up in 4th, 10th and 2nd place.

It wasn’t until 2014 that Artem made his debut on Dancing With the Stars. After entering the show as part of the Dance Troupe for Season 18, he was promoted the following season to pro dancer. September 2014 was huge for Artem. Not only did he get promoted to pro dancer, he also gained his American Citizenship.

In September 2017, Artem was assigned Nikki Bella as his dance partner for Season 25. Everyone knows Nikki is a WWE Wrestler, Actress, Model and star of the reality show Total Divas & Total Bellas.  Unfortunately they didn’t win and were eliminated during week 7 by a shocking double elimination night. He continued on with DWTS and also traveled on the live tours. He wrapped up touring in March 2019.

While Artem and Nikki were dance partners, she was actually engaged to Wrestler John Cena. In 2018 they called off their engagement and cancelled all the wedding plans. When she and John broke up, Nikki reconnected with Artem. In March 2019 they made it official and announced they were together.

In December 2019, Artem and Nikki hit another milestone as Nikki said she met his parents. While she was nervous, no doubt it went very well. On January 3, 2020, Nikki admitted that she was engaged to Artem. She said they got engaged two months earlier while on a romantic getaway to France.

Nikki said, “Excited for 2020 and the next decade with you @theartemc ❤️.” She continued, “I said yes in France in November! We have been trying to keep it a secret but really wanted to share our excitement for the New Year!”

Now, less than a month after they announced their engagement, they have announced a baby is coming. Artem went to Instagram to share the news that he is going to be a dad. He also shared an ultrasound photo. He gushed about how excited he is. Nikki did the same and expressed how excited she is to be a mom.

It’s also very exciting that Nikki’s sister Brie is also expecting. The two are due less than two weeks apart.