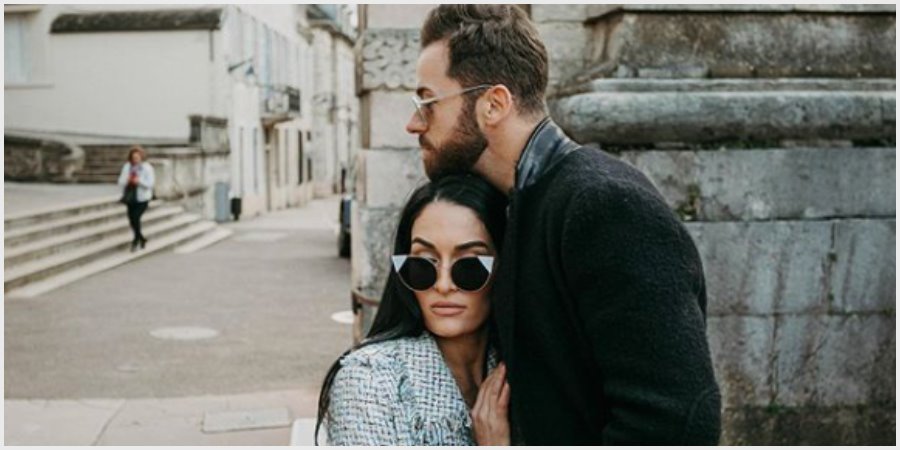 Nikki Bella couldn’t be happier to be engaged to Artem Chigvintsev. Like most celebrity couples, the media is watching all the time. Reports came out she wasn’t wearing her large engagement ring. There isn’t trouble in paradise though, and Nikki herself cleared the air on an episode of The Bella’s Podcast.

She said, “I love my ring. That’s why I’m dying for the jeweler to get it sized and fixed.” The couple got engaged in November after reconnecting following Bella’s breakup from John Cena. They’d previously been on Dancing With The Stars together. To announce their relationship they choreographed a romantic dance video together. When they got engaged she announced it on Instagram. The pro wrestler said, “Excited for 2020 and the next decade with you @theartemc. I said yes in France in November!”

Nikki Bella And Artem Revealed Details About Their Engagement

According to Hollywood Life when asked if it was hard to pick out a ring, Nikki Bella fiancé said it was. He said, “It was hard.. I know Nicole loves, you know, big expensive things… as a man you want to try to give what you think she deserves.”

Artem said he didn’t recall the day he decided to propose but he said, “I just don’t see myself being myself, living without Nicole.” They aren’t going to rush to get married quickly. They want to enjoy being engaged.

Her Family Loves Artem And Her Ex Wished Her Well

Nikki Bella’s family members were happy to hear she was engaged. A source said, “They love Artem, and he’s become so close with her entire family.” Nikki also recently met Artem’s family for the first time and there was love all around. The two happily hosted the Christmas holiday at her new house together. After having such a public relationship with John Cena, she was a little nervous about another one so quickly. Artem makes her so happy she was ready to share.

A source said John Cena is really happy for her. John and Nikki were together for six years and split in 2018. She said the timing was off for the pair. Now that she’s happily engaged and he’s dating the two seem to be on good terms. Nikki said Artem is going to be on the show Total Bellas, and she thinks they’re on the same page so it will be good for their relationship.