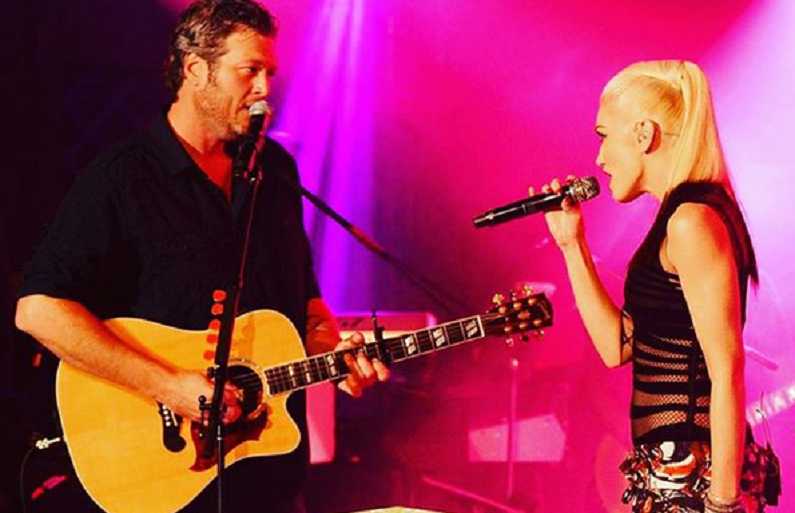 Gwen Stefani and Blake Shelton caused the wedding rumors to swirl again. It’s clear that the couple is in love. The two formed a deep bond while working together on The Voice. As they went through their respective divorces, that friendship developed into a serious relationship.

The Voice coaches have been together ever since. Last year, rumors swirled that Gwen Stefani was planning to get married to Blake Shelton, but there was just one little problem. Her previous marriage needs to be annulled so she could get married in the Catholic church. Gwen’s faith is kind of a big deal to her.

The couple performed their new song “Nobody But You” at the 2020 Grammy Awards on Sunday night, Jan. 27. The song had the wedding rumors swirling once again, all because of what Gwen was wearing, as reported by Country Living. Some fans felt like they were watching the couple get married on live TV.

At first, it seemed like any other performance. But if you pay close attention, Gwen wore a beautiful ballgown that resembled a wedding dress. She even wore a short white dress on the red carpet. However, Blake wore a black suit and tie that looked nothing like a tux. So, take it for what you will.

Don’t even lie… y’all were hoping @blakeshelton was gonna get down on one knee during that performance! #GRAMMYs

Did they forget to tell us that this is actually Blake and Gwen’s wedding? #GRAMMYs

The couple couldn’t keep their eyes off each other during the performance. They even sang lyrics like, “I don’t want to look back in 30 years and wonder who you’re married to” and “I want to say it now, I want to make it clear for only you and God to hear.” It sounded like Gwen and Blake were exchanging vows. They even looked into each other’s eyes and held hands as they sang. All they needed was someone to officiate their wedding. I mean, performance.

The couple are still in the honeymoon period even though they’ve been together for four years. Gwen is still smitten with Blake as ever. She talked about their relationship on the red carpet. Gwen couldn’t stop gushing over him. She claims she’s not the only one who feels this way about the country crooner.

“He saved my entire life,” she told Entertainment Tonight. “Everyone was like, ‘How was your drive over?’ It’s like, ‘Wonderful! I was with Blake Shelton.’ He makes me laugh and smile and is just the greatest guy. Everybody says it. It’s not just me.”

This isn’t the first time that she’s said this. The No Doubt singer previously said that Blake saved her from a dark place after her divorce from Bush frontman Gavin Rossdale.

“Blake saved my life, everybody knows that,” Stefani previously told Entertainment Tonight. “We are just having the time of our lives and we never expected that this late in our lives, so we’re just trying to savor every moment together.”

Blake feels the same way about her. He revealed in a separate interview that being with Gwen makes everything better. She inspired him to renew his faith in God.

While the two are in love, they’re not getting married anytime soon. Both of their previous marriages ended in infidelity. Due to this and Gwen’s Catholic faith, never are in a hurry to get married. Sources told HollywoodLife.com that the couple is happy with where they’re at and they don’t feel the rush to walk down the aisle. But nobody would be surprised if they got engaged either.

What are your thoughts on Gwen Stefani and Blake Shelton’s performance at the Grammys? Do you think they’ll get married? Sound off below in the comments section.