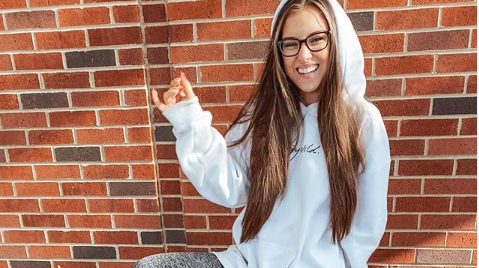 The Bachelor doubled down on the pageant queens in Peter Weber’s season. There are five women who are from the pageant life. They include Hannah Ann Sluss, Maurissa Gunn, Alayah Benavidez, Kelsey Weier, and Victoria Paul. There has been tons of drama that’s giving fans flashbacks to another pageant queen showdown.

During Colton Underwood’s season the well known Hannah Brown squared off against Caelynn Miller-Keyes. Hannah had mentioned Caelynn was fake in a round-about way having known her from their pageant days. The drama thus far has been between Alayah and a few of the girls. Alayah Benavidez was accused of being fake by Sydney Hightower. She told Peter her thoughts and this confused our poor Bachelor who didn’t know who to believe. But it didn’t end there.

How The Drama Escalated With Victoria P and Alayah Benavidez

After having a talk with Alayah Benavidez about the concerns the other girls had, Peter had two very in depth conversations with her. He also went to talk to the other girls, mainly, Victoria P who he’d had a one-on-one date with earlier. She revealed Alayah Benavidez had told her not to tell producers that they knew one another.

With Hannah Brown and Caelynn Miller-Keyes, they were open about knowing each other, but each said the other was fake. Victoria P decided to be honest with Peter according to The Cheat Sheet. She said, ““I shared with you that I was Miss Louisiana. And so I did know Alayah a little bit before going into this. I probably had spent, maybe, like collectively three hours with her, even at Miss USA. And it’s difficult for me to be in this position. But I do know that she asked that I not tell producers that we knew one another.”

Alayah claimed she had told Victoria that to keep them both from getting disqualified. Torn and confused Peter cancelled the group date to go off before the rose ceremony. He ended up sending five girls home instead of four with the last being Alayah.

“She’d finally reached a place of knowing she’d be ok, And that is the biggest part of the battle. Believing you are meant for the good more than the bad.” @jmstormquotes This quote couldn’t be more true. So much of positivity comes from your mindset, believing that you’re meant for good and that the bad is only temporary. No ones life is perfect, we all are human and we all face struggles and it’s important to remember that you will be okay. #Virginia #Richmond #RVA #alayahnicole #foodforthought

Is That The Last We’ll See Of Alayah?

Another thing Victoria P told Peter during their heart to heart was that Alayah was really into all the opportunities that came with being on The Bachelor. This included things other than being his wife in the end.

It seems that Alayah Benavidez isn’t through with Peter yet. A preview of the next episode shows her coming back to stir up some trouble on a group date. Even at the end after he sent her home, he still questioned if he let others influence him or he did the right thing. All will be revealed tonight on The Bachelor.