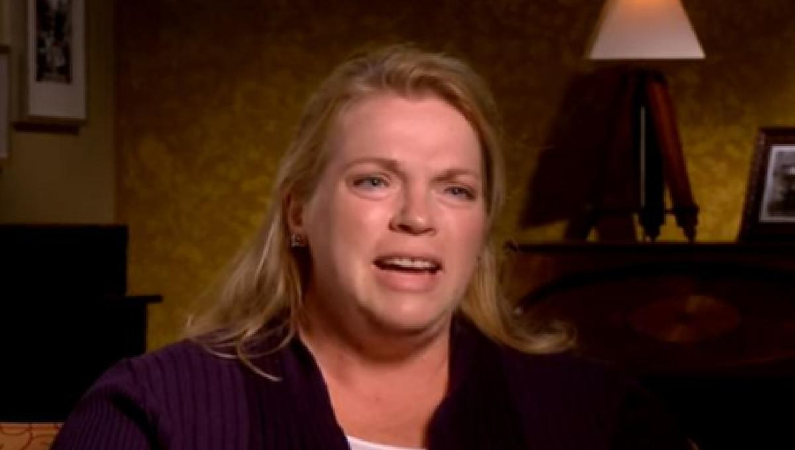 Sister Wives star Janelle Brown is talking about her weight loss. Her fans praised her for looking much healthier this season. She has become a fan favorite due to her laid-back approach too life. While the TLC star looks great, there’s a downside to her weight loss that’s often not talked about. Janelle revealed the shocking side effect to dropping the weight, and now fans are listening.

As TV Shows Ace reported, Sister Wives’ new season was filmed over a year ago. In fact, that infamous Christmas Eve episode about Kody Brown’s big house plans was filmed in Christmas 2018. Janelle Brown’s latest appearance on the show was also filmed many months ago. What fans see on television is what Janelle looked like then.

She has lost weight in those episodes due to a new healthy lifestyle. Janelle has been trying to stick to this new lifestyle for years and it shows. She’s been open and honest about her journey with fans. Janelle doesn’t rely on crash diets or surgery. She’s been working hard to lose the weight and to keep it off.

Fans have been noticing Janelle’s weight loss on Instagram. They’ve been praising her new healthy physique. They also noticed that she looks happier than ever.

Janelle also credits yoga for helping her lose weight. She often shares on Instagram that she practices yoga or takes walks while traveling. Janelle enjoys the benefits of both and loves being out in nature. She has found a workout that improves her body and mind while being in beautiful scenery.

It appears that Janelle is happy with her weight loss journey. She’s ecstatic to lose weight. Who wouldn’t? But she revealed a surprising side effect to weight loss. Janelle revealed that she was never told how losing weight can make one appear older. She’s noticed that she’s gotten more wrinkles because of it, as reported by Soap Dirt.

Janelle doesn’t want to obsess over the weight loss itself. She wants to enjoy her newfound healthy journey. Aside from that side effect, she seems to be enjoying her weight loss. Her fans agree that it looks good on her.

On this season, Meri Brown was the only one who struggled to settle into her new place after the entire family packed up and moved to Flagstaff, Arizona. They had to move yet again due to problems with their landlord. Of course, many Sister Wives fans wondered why her fellow wives – Christine, Janelle, and Robyn – didn’t temporarily stay with her, as reported by PopCulture.

Janelle tweeted: “Meri runs a business that takes a lot of room and we have all moved into smaller homes compared to what we had. The bedrooms are full. We didn’t have an option.”

Sister Wives fans still found Janelle’s response odd, considering that Meri is often left out of things. She has a hard time bonding with her fellow wives. Even though Meri didn’t find a new home in Flagstaff, it may only be temporary. Kody Brown brought up the idea of moving all four of his wives and their kids into one large home. But on Sunday night’s episode, he has regrets about bringing it up.

However, Janelle was the only one who was on board with the idea. Her fellow wives and their children weren’t so happy to hear his plans, especially on Christmas of all times. Some of them thought it was inappropriate for Kody to bring out a projector on what was supposed to be a joyous occasion.

What are your thoughts on Janelle Brown’s revelation to losing weight? Sound off below in the comments section.

Don’t forget to check back with TV Shows Ace for the latest Sister Wives news.