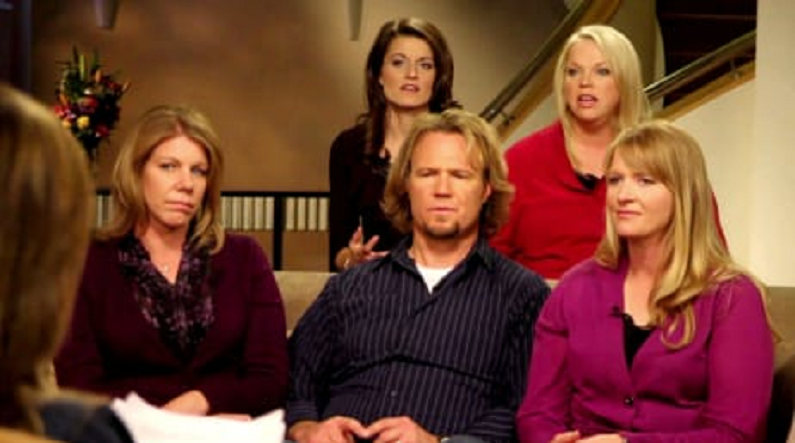 Sister Wives star Kody Brown shook up his wives when he revealed his plans for a big house. Last week’s episode was the most dramatic one yet. Kody shared his dreams of communal living with his sister wives. He explained that he wanted their entire family to live under one roof. Of course, that plan didn’t go over too well with everyone. It appears that the big house never happened. Or, was the big house meant to be built for their ever-expanding family?

As Soap Dirt reported, Kody took the opportunity on Christmas Eve to pitch his family about their new digs. He claimed that he was working on a house and wanted his entire family to move in with him. Yes, even his sister wives and their children. While each wife would have their own kitchen, he tried to interest them with an even bigger kitchen for the entire family.

The model home looked like a mansion and very “white,” as Robyn Brown put it. The décor seemed very minimalist, which is something this family is not used to. Last week’s episode of Sister Wives was filmed over a year ago. And it turns out that big house hasn’t happened yet. Maybe it’s because no one else but Kody wanted it.

Even after this drama plays out on TV, the family could end up with four separate houses in Coyote Pass. They could have ended up agreeing on that arrangement. Kody revealed in a tweet that they settled on their future living arrangement. He revealed that he’s looking forward to their new “homes,” as in the ones on Coyote Pass. This would be more sensible for the family. But will these new homes accommodate their ever-growing family?

‘Sister Wives’ stars wonder if their family is “complete”

During last week’s episode, Kody hinted that their youngest children may not be last in line. Robyn also opened up the possibility of having more children. She revealed that she doesn’t want to end up with an empty home, as reported by In Touch.

“A lot of people, a lot of my peers, are looking forward to an empty nest,” Kody said. “I’ve never been that person. I’m constantly debating with myself whether Ari’s the last or not.”

He was talking about the daughter he shares with Robyn – Ariella. Robyn Brown also stated that they’re always wondering if their “family is complete.” The couple wants to make sure that she’s the last born of their family before making such a life-changing decision.

During the episode, Janelle Brown shared the sentiments on Twitter. In addition, Robyn’s close friend Kendra Pollard-Parra told In Touch that Robyn is done having children.

“No, Robyn is not having another baby,” she admitted. “She had a really hard pregnancy the last time around and she gained a ton of weight. She already has breathing issues so she has a really hard time losing weight.”

However, Robyn and Kody told Us Weekly back in January 2019 that they are open to having more children.

“At this point, we feel like we’re done, but we’re open to God’s inspiration,” Robyn said. “When we grow our family, it’s sort of by inspiration. If we were blessed with more children, of course, I’d be totally open to that.”

Kody Brown has trouble making each of his wives “happy”

During that turbulent episode, Kody also revealed that he has trouble satisfying all of his wives at once. It makes sense since they’re different women with different preferences.

“I’m just struggling with my attempt to make more than one woman happy,” he live-tweeted on Sunday night’s episode of Sister Wives, as reported by In Touch.

Kody blamed his struggles on the lack of emotional connection they have when they move from house to house. He also admits that he has trouble enjoying the present moment. He seems to have trouble debating whether the family should be separate in their living arrangement or not.

Hopefully, Kody will figure out a solution that the entire family is on board with. He should focus on his wives’ happiness instead. What are your thoughts? Sound off below in the comments section.