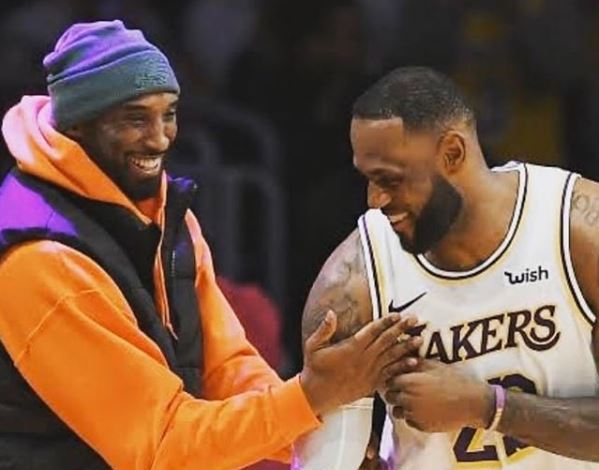 The shocking news was revealed today that Kobe Bryant lost his life in a helicopter accident. It was later confirmed that his daughter Gianna Maria Onore, 13, was also on board. It was already revealed that wife Vanessa Bryant was not on the helicopter. Now information is coming out about who else was with them when they crashed early Sunday morning.

Details of who was with Kobe Bryant

Adrian Wojnarowski went to his verified Twitter account to share the details of who else was with Kobe. It turns out that it was his daughter, the pilot and then another player and parent. Kobe has been known for helping out his daughter’s basketball team.

Sources: Kobe Bryant was on his way to a travel basketball game with his daughter Gianna when the helicopter crashed. Those aboard the helicopter also included another player and parent.

There has been a lot of rumors and speculation that there were other children of Kobe on the helicopter. It does sound now like that was not the case. Kobe has three other daughters with his wife Vanessa Bryant. At this time, they have not shared the name of who else was on the flight.

Fans are shocked today by the loss of Kobe Bryant. A lot of people feel like this could be fake news or just a bad dream, but that isn’t the case at all. Kobe did pass away this morning at the young age of 41. Several media outlets have been reporting this, but TMZ was the first to get the news out today.

Kobe and Vanessa just recently had their fourth child, a daughter. They shared four daughters together. Kobe would often travel by helicopter and take his children along if they were going. He has helped his daughters with their basketball over the years, especially since retiring and having a bit more free time.

Hundreds of people have shown up to the site where the helicopter carrying Kobe Bryant and 4 others crashed. The wreckage is still smoldering. Just an absolutely tragic, terrible scene. pic.twitter.com/FCxffmqMAI

This is a huge loss and Kobe Bryant along with everyone else on board will be greatly missed. Hopefully, the names of the other people in the crash will be released shortly.