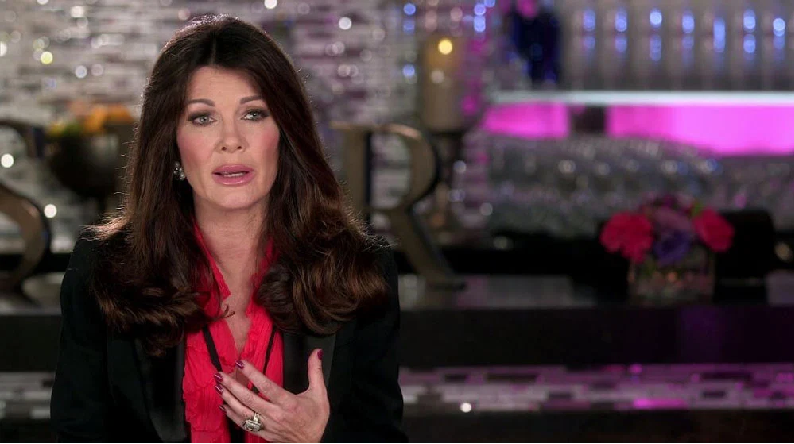 Vanderpump Rules fans discovered Max Boyens’ racist tweets earlier this month. Most of them hoped that he would get fired from both Tom Tom and the show as a result. Then another report revealed that owner Lisa Vanderpump has no pull when it comes to firing employees at any of her establishments. Now it turns out that she has no plan to fire Max Boyens after all.

This news will come as a disappointment to fans. Some were unsettled to read Max’s tweets that mocked Asian and black people. Even though Lisa Vanderpump released a statement to People stating that she doesn’t “condone” that type of behavior, she wants to give the young man another chance. She’s given Jax Taylor and James Kennedy many chances in the past. In a new interview, she revealed why she didn’t fire Max for the racist and offensive tweets.

Max Boyens wasn’t the only one with the racist tweets

As Showbiz CheatSheet reported, two cast members from Season 8 of Vanderpump Rules were under fire for their racist tweets. Viewers wanted both Brett Caprioni and Max Boyens fired from the show for their offensive messages on social media. However, both Lisa and the producers didn’t cave in to the backlash. Instead, they made the men release statements that felt a little empty.

The SUR restaurant owner previously implied that she wouldn’t take any further action against the new cast members and now we know her reason why.

The restaurateur sat down for an exclusive interview with the Daily Mail. Lisa revealed that she asked for an internal investigation into both Boynes and Caprioni. Her internal investigation involved asking the staff if Max or Brett were ever racist towards another person. She believes both men are truly sorry for their actions and that those tweets no longer represent who they are now.

“You know me, I don’t like to give up on people,” she said. “I did a thorough investigation with people from our restaurants. I’ve never heard one iota of anything like [the Tweets]. This is not who they are now. The staff assured me that they had heard nothing.”

Instead, she gave Brett and Max a temporary leave of absence. Lisa has also accepted both of their apologies. She believes they wrote those tweets at a young age. Both men will undergo a sensitivity course to understand “the damage that those kind of words and sentiments can do.”

The Vanderpump Rules boss said she’s looking forward to the expansion of Tom Tom. As documented by the Bravo blog, she wants to increase the size of the restaurant with an outdoor garden.

She gave the cameras a glimpse at the new space. The lavish garden space features copper flower buckets, hanging ivy and planters on chains, iron fixtures strung with roses, and decorative metal hearts that climb up the rustic wooden walls.

It’s quite romantic. It also has an outdoor seating area for guests, so they can enjoy the gorgeous Los Angeles weather. Lisa is excited over this latest expansion. She exclaimed that she’s been working at it tirelessly for the past few days.

“This is my garden, so to speak,” Lisa added. “And my hand’s been over all of this. I’ve been up a ladder for the last couple of days … I’m really making it this romantic kind of conservatory type of feel.”

It also looks like Max will continue to serve as manager of Tom Tom. What are your thoughts on Lisa Vanderpump not firing Max and Brett over their racist tweets? Sound off below in the comments section.

Don’t forget to check back with TV Shows Ace on the latest news of the cast of Vanderpump Rules.