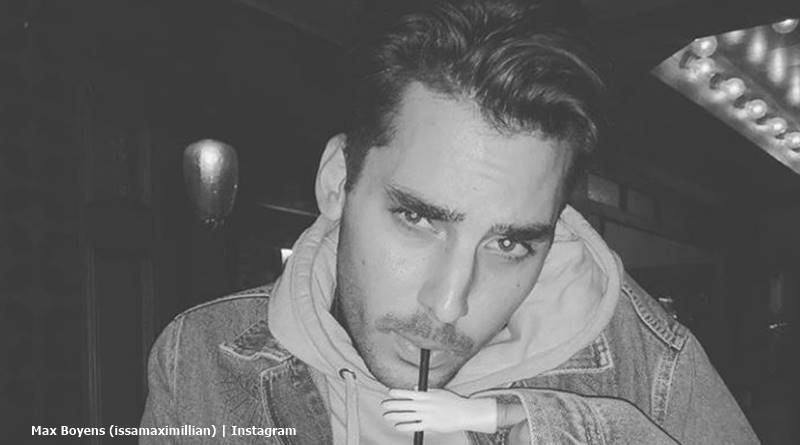 Vanderpump Rules Season 8 brought in new cast member, Max Boyens. He works as the general manager at TomTom. While he allegedly stays away from dating at work, the show sees him in a love triangle. Many fans on social media take time to adjust to new faces. And, not everyone’s thrilled. But, Max Boyens might lose potential fans now as racist tweets emerged.

TV Shows Ace reported that the new cast of Season 8 included Max Boyens as the general manager and Danica Dow an assistant manager at TomTom. Other new faces are Brett Caprioni, Charli Burnett, and Dayna Kathan. Plus, Stassi Schroeder’s fiancé Beaux became a regular this season. Over on his Instagram, Max shared about the upcoming show. That came back in November, and lots of people congratulated him, saying they couldn’t wait to watch.

Meanwhile, Heavy explored a bit more about Max. They reported, “he’s been the GM of TomTom’s since it opened in 2018.” Tom Schwartz boasted that TomTom’s so successful because they “hired the best staff on the planet.” Then he talked about how Max keeps it all together.  Well, Max might not be Mr. Popular going forward after Vanderpump Rules fans dug up his racist tweets. In fact, “best on the planet” might not be the right words for him right now.

The Blast reported that @facereality16 on Instagram shared a tweet from Boyens that read, “It upsets me that the word ni**a is not allowed to be said unless you are black because quite honestly it’s my favorite word. NI***AAAAA.” Fans reacted to the post, with one saying, ” I am really starting to rethink my Bravo choices.” Another one commented, “I am about to just peace out and go to old episodes on Hulu.” Then another one said what some others probably think as well. They noted, “What is Bravo doing?!? This guy needs to be fired ASAP!!!!”

But, more tweets came out. The Blast reported another one by the new Vanderpump Rules star. Back in December 2012, it read, “Something about Asians that just makes me want to punch them in the suck hole.” Yet another read, ‘When is Justin Bieber going to realize that saying ni—a and crussing and having big booty bi-ches in his songs is the cool thing to do#queer.'” While the outlet notes that it looks like the tweets got removed, the damage could be done already.

Furious fans react to the tweets

Fans on the surviving screenshot really grow very angry. As one put it, “And I DO NOT want to hear the inevitable “it was 2012 I was young and dumb” this GROWN MAN would have been 22 then… OLD ENOUGH TO KNOW BETTER! A 12 year old knows better! I am disgusted.” Another Vanderpump Rules fan agreed, noting, “Annnnd he’s done.”

What do you think about Max Boyen’s apparently racist attitudes? Do you think he’s done on Bravo? Time will tell. Sound off your thoughts in the comments below.

Remember to check back with TV Shows Ace often for more news about Bravo’s Vanderpump Rules.