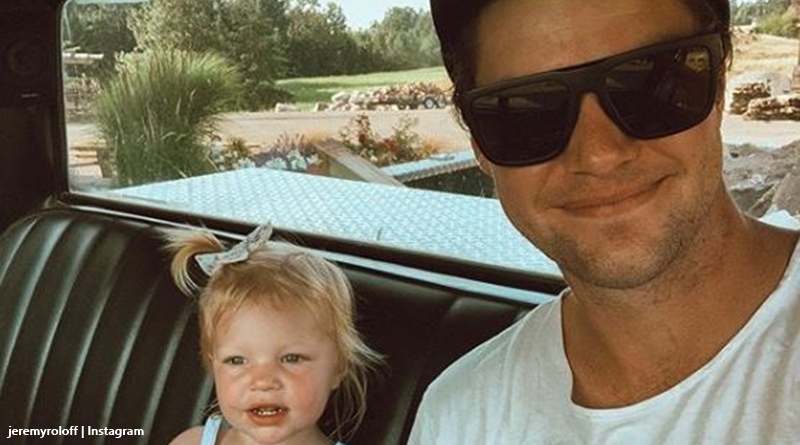 Jeremy Roloff and Audrey went quiet for a bit on Instagram. But since their son Bode arrived safely, they returned with lots of posts. Now, Jeremy shared that he’s busy at work on his truck, and little Ember’s right there with daddy, helping out. Unusually, Jeremy got quite miffed with one follower who persisted in criticizing him for what they decided was dangerous behavior with his daughter. And, given the slur the troll delivered about him caring more for a photo op than his kid, fans also didn’t take it well.

Jeremy Roloff and Audrey off the LPBW show, but they stay active on Instagram

TV Shows Ace reported that for a short time, Jeremy and Audrey went quiet on their Instagram. But in fairness, the new baby was due at any time. Obviously relieved the delivery went without complications they soon started posting lots of pictures of their little family. And, with baby Bode doing well, it looks like Jeremy enjoys hanging with big sister Ember. He shared about her being with him as they moved tires and he talked about his truck he’s working on. But, he got quite a lot of hate.

InTouch Weekly reported that the Roloff family often attracts trolls. Well, most reality TV people do. But, rather philosophically, Matt Roloff at least accepts that the nicer people outnumber the haters. Loyal fans of the family also keep a lookout for haters on their social media. And, in Jeremy Roloff’s instance, they stood up for him after a particular nasty slur came out. Jeremy also grew irritated as they persisted, and eventually, he slapped back quite hard.

In one of the pictures, Jeremy took a shot that shows the truck in the shed. Plus, Ember stands looking in at it. He captioned it in part with, “I’m aiming to build an everyday driver that is practical but can also handle any trail and every adventure we would realistically decide to take.” He went on a bit more about his beloved truck. In the video with the photo, fans also saw Ember “helping” dad move tires. Fans noted that with comments coming in about her being his “little helper.” But one persistent person kept hammering at him as she stood behind a truck.

The critic said to Jeremy, “That baby is in a dangerous position. Maybe be a little more aware of her and not the perfect Instagram photo.” Well, Jeremy and his fans were less than happy with the comment. One fan noted, “hahaha. People are getting triggered because you actually do stuff with your daughter while they sit on the couch and judge you. You’re doing great.” Other fans who grew up on a farm like Jeremy Roloff commented that farm kids actually spend time learning how not to get hurt.

Jeremy says the engine was not running, hater persists

Despite telling people the engine was off, the hater persisted. In fact, getting it wrong somehow, they even claimed that Jeremy removed the photo of Ember behind the truck. Other fans angrily told them they got it wrong. Plus, they noted the hater’s “not important” enough for Jeremy to take down a pic just because they don’t like it.

Angrily, and obviously fed up, eventually Jermey slammed the hater. After all, three lecturing successive posts about the supposedly deleted picture rolled in. Jeremy finally said, “huh? You are blatantly lying.” Plenty of his fans stuck up for Jeremy, telling him to carry on just “being you.” One fan wrote, “you assume he cares more about “the perfect Instagram photo” more than his daughter’s safety. What a nasty accusation!” They added “…I understand your worry but the tone was completely unnecessary.”

The Truck build is coming along! Picked up new shoes yesterday. (Watch the video 👉🏼) I’m aiming to build an everyday driver that is practical, but can also handle any trail and every adventure we would realistically decide to take. Having only owned and built cars pre 1976, this is already proving to be different and fun. I’m excited to see where the build goes.

What do you think about Jeremy and his fans not taking that slur well about an Instagram photo? Do you agree the “tone was completely unnecessary?” After all, there are nicer ways to express concerns. Sound off your thoughts in the comments below.

Remember to check back with TV Shows Ace often for more news about Jeremy Roloff and the cast of TLC’s Little People, Big World.