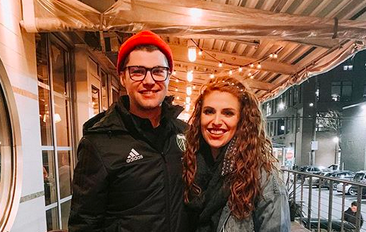 Former Little People, Big World stars Jeremy and Audrey Roloff use social media often. They post lots of pictures of their two-year-old daughter, Ember. They also share other updates about their lives. This is a great way for LPBW fans to keep up with them since they aren’t on the show anymore.

Finally snapped a few pics of the bump while baby boy is still cozy inside🤰🏼 Pregnancy is really just a remarkable experience. It’s such a gift to carry our baby on the inside and I can’t wait carry him on the outside soon💗 I feels unreal that we are already at #39weekspregnant and get to meet our little guy any day now😭Buttttttt… I was 11 days past my dude date when Ember decided to join us earthside😜so trying to manage my expectations👶🏼 All you mamas out there, were you late or early?

Via social media, Audrey shared that Ember was born 11 days after her due date. So, there’s no telling when this second Roloff baby could arrive.

Of course, it’s possible that the baby boy has already arrived. Or, Audrey might be in labor. A couple of days ago, Jeremy shared a post and said that they were in “full downtime mode“. The family of three decided to take it easy until their new addition arrived.

Nightly routine this time of year. We’re in full downtime mode as we wait to meet our son.

Because Jeremy and Audrey use social media so often, it’s odd that they aren’t on it right now. Even if they were relaxing at home, they would likely document their days. Because of this, it’s possible that the baby is here.

LPBW fans are eager to know if the baby boy is here. They are excited to hear his name, which has yet to be announced. Fans are hoping for some big news–or at least an update–soon.

Why else might they not be on social media?

It’s the start of the new year, which means that people are starting all kinds of resolutions. The couple could have decided to stay off of social media and to be present with Ember.

In the comments section of Jeremy’s recent post, a fan wrote, “Enjoy. Take every second with Ember. You’re life is about to get even better, but you will cherish your days with just the 3 of you.”

Maybe the former LPBW star took that comment literally and decided to unplug for a few days. A new baby will be a big adjustment for the both the parents and Ember.

It’s unclear why exactly Jeremy and Audrey have gone silent on Instagram. It’s very possible that the baby is almost here or that he’s already arrived. The couple is sure to announce the big news soon. That is, unless the baby arrives 11 days late like Ember did. Then, fans will have to wait a little bit longer.

What do you think? Do you think Jeremy and Audrey’s baby is here? Leave a comment below.

For more LPBW news, follow along with Tv Shows Ace.