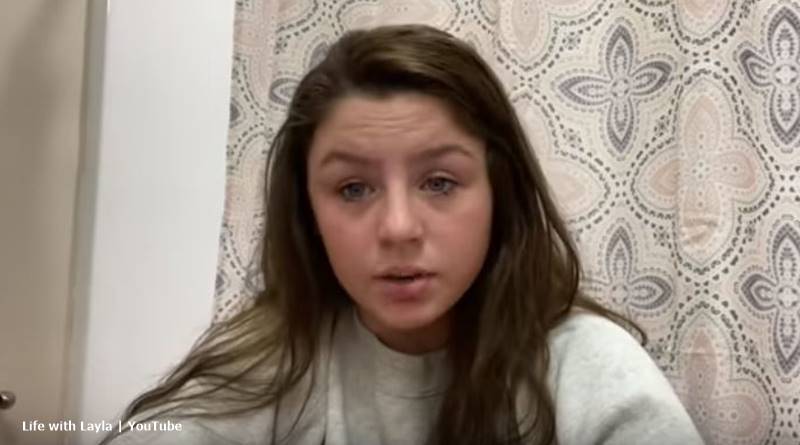 Unexpected fans met Tyra Boisseau on the last season of the show. They saw that initially, her boyfriend, Alex Wilson, seemed a bit reluctant to be a dad. But, in September, they seemed to be in a fairly good place together. However, on her social media, Tyra just revealed that the couple is going through a hard time and it looks like they split.

TV Shows Ace reported back in September, that Tyra and Alex spent a day out with their daughter. Attending a beauty event for kids, she mentioned how much they learned about little kids. They didn’t just learn about beauty, but they also learned about differing stages of child development. Alex, right there posing in some of the photos and videos, looked well into being a dad. At the time, we noted how nice it was to see Tyra looking fulfilled and happy.

The young Unexpected star went through a difficult period as she realized her friends at school still enjoyed their single life. The burden of responsibility seems to weigh hard on her. However, she at least continued with her education and Distractify pointed out she worked hard and graduated from high school in May last year.  Sadly, it looks like now, Alex and Tyra broke up.

Tyra announces that she and Alex split

TV Season  Spoilers anticipated a breakup in the offing between Alex and Tyra. A few weeks ago, they noted, “suddenly, all [pics] disappear from their social media accounts, and the lovers unfollow each other. What do you think this means?” Well, it happens all too often, even with older lovers like those from 90 Day Fiance. And, it seems their prediction of a breakup came true now. Some fans went to Instagram to talk about it, but she seems quite defensive with her responses.

On her YouTube on January 22, Tyra told her fans that “being a mom and a college student means a lot of things in [her] life changed.” The Unexpected star added that her and Alex’s relationship “is one of them.” Crying, and looking really sad, she added, “I have a lot of trust issues.” So, basically, it looks like they don’t focus on their relationship working. In fact, she made a point of saying instead, they focus more on raising their daughter.

Tyra shared a picture on Instagram before the article by TV Season Spoilers. On January 6, she just captioned it, saying, “I’m still here I promise.” Back then, fans thought she split from Alex as she shared a Story that seemed it was very likely going to, or already happened. Recluant to talk though other fans rather talked on her behalf. One fan asked, “don’t tell us you & alex broke up 😭.” One fan commented, “don’t tell me you don’t know how to mind your own business?😭 respect her??? if she wanted y’all to know something she’d tell y’all.”

Well, now Tyra told her fans on YouTube about what seems to be a split. So, for the time being, the mystery seems to be solved. What do you think about Tyra and Alex seemingly breaking up as a couple and just focusing on being co-parents?  Sound off your thoughts in the comments below.

YIKES! Ivy Seewald In Least Likely Place Guzzling Out Of A Jug
‘Below Deck Mediterranean’ Season 6: Release Date, How To Watch
‘Bold And The Beautiful’ Joe LoCicero Is Back As Vinny Walker But How?
Jill Dillard Shows Off Her Garden – Does She Have A Green Thumb?
MTV’s ‘Families of the Mafia’ Returns, Sammy “The Bull” Gravano Featured, Preview