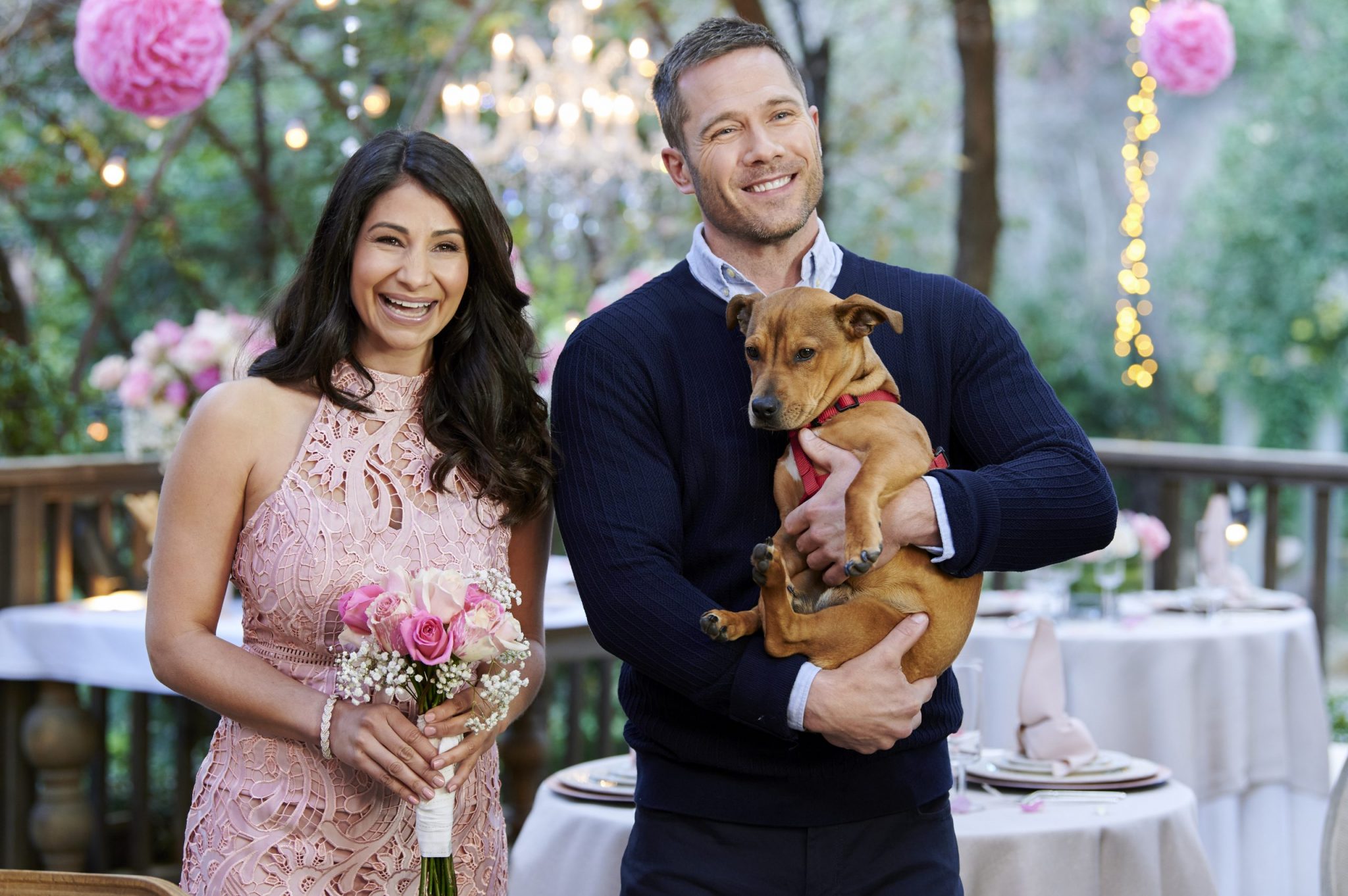 February is the most romantic time of the. year, and Hallmark is gearing up with four new Love Ever After original movies this month. First, February is kicking off with the annual Cat Bowl II, and Kitten Bowl VII, and the 2020 American Rescue Dog Show. What else can fans expect?

Starring Bethany Joy Lenz and Luke Macfarlane and Mary-Margaret Humes, A Valentine’s Match is premiering on Hallmark Saturday, February 1, at 9 p.m. Eastern Time. Natalie Simmons (Lenz) returns home to Oregon to help her mom (Humes) out with the annual Valentine’s Festival. Who should currently engaged Natalie run into? None other than the guy, Zach Williams (Macfarlane), who broke off their engagement 10 years ago.

Starring Ryan Paevey and Taylor Cole, Matching Hearts is premiering on Hallmark, Saturday February 8 at 9 p.m., Eastern Time. Julia Palmer (Cole), a professional matchmaker, has really met her match. Known as “Mr. Stay Single,” Daniel (Paevey), he finally agrees to let her match him up. But, the more time Julia and Daniel are together, the more that Julia realizes he is her perfect match. Unfortunately, she must keep this relationship professional. But can she?

On location of #MatchingHearts with Ryan & Taylor! Catch it on Hallmark February 8th 💕

Starring Erin Cahill and Brandon Penney, The Secret Ingredient is premiering on Hallmark, Saturday February 15 at 9 p.m., Eastern Time. Based on the Nancy Naigle novel of the same name, Baker Kelly (Cahill) has avoided any sort of love since her ex-fiancé, Andrew (Penney) dumped her for Parisian culinary school. Although he is now back, she still has hard feelings and refuses to do anything with him. Except that both are involved in a Valentine’s Day Bake-Off, but neither of them know that the other is who they are competing against.

Starring Alexandra Breckenridge, Robert Buckley, Jackée Harry, Love In Store is premiering on Hallmark, Saturday February 22 at 9 p.m., Eastern Time. Terrie (Breckenridge) and David (Buckley) may be shopping network co-hosts, but that is all they have in common. After Terrie’s on-air text breakup, David swiftly fills in, suddenly bringing harmony and chemistry to the duo. But, when Terrie’s ex asks David for help to get her back, he steps aside, despite what his heart is feeling. The ex got cold feet when Terrie mentioned marriage. Is David giving her up for who he thinks she loves?

Love is in the air this February, #Hallmarkies – can you feel it? Find out about all of the romance coming next month during the #LoveEverAfter preview special, airing this Saturday at 11pm/10c after the premiere of #HeartsOfWinter!

Be sure to check back with TV Shows Ace for the latest Hallmark News.