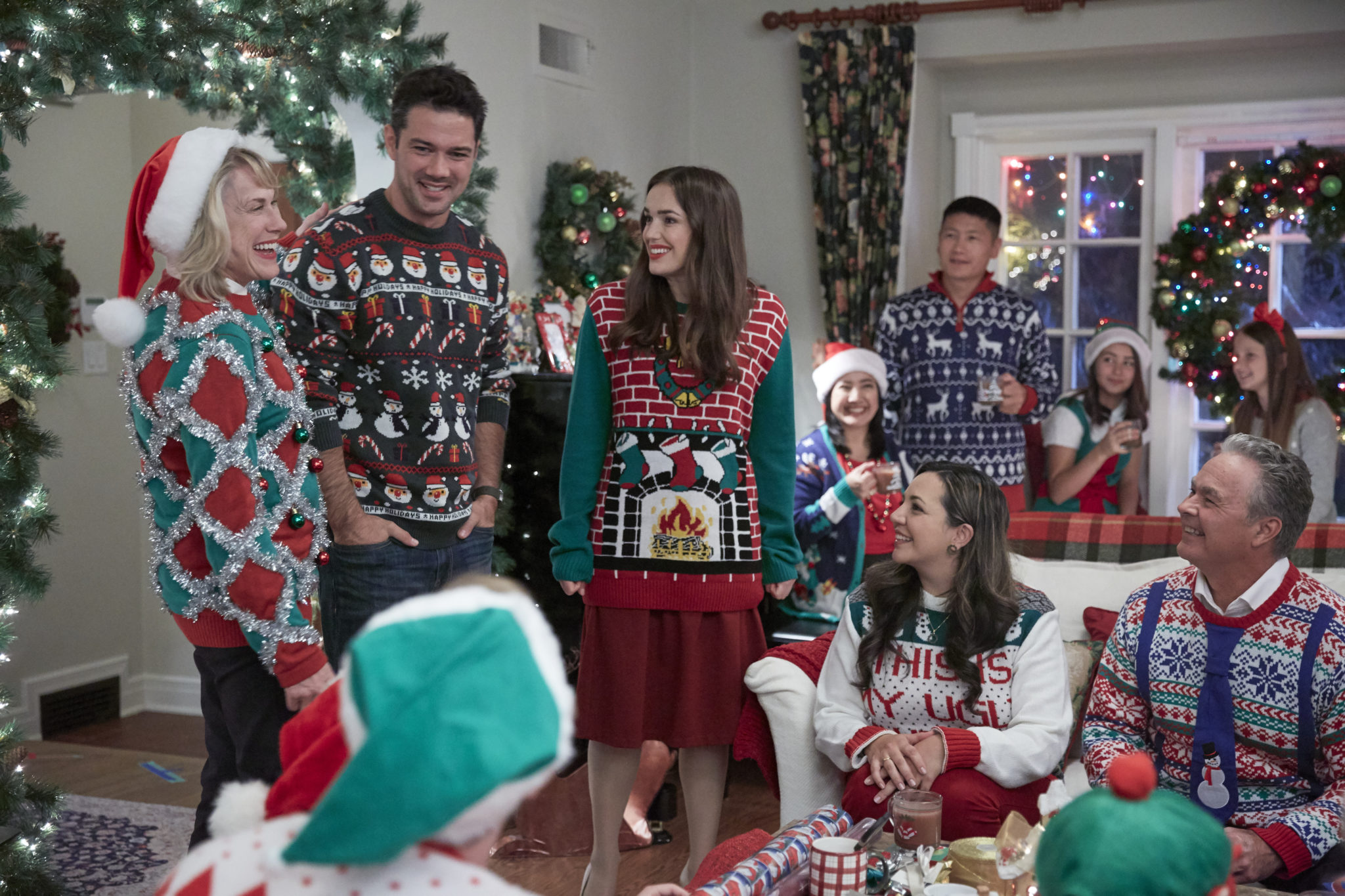 This is the most wonderful time of the year, as it is Hallmark’s Countdown to Christmas. There is a little mystery, old-tyme romance and self reflection in the enchanting Christmas At The Plaza, starring Hallmark fan favorite Ryan Paevey and Agents of S.H.I.E.L.D.  star, Elizabeth Henstridge. If you like holiday decorations, crazy Christmas sweaters, and romantic stories, then Christmas At The Plaza is for you.

What Is Christmas At The Plaza About?

Christmas is rapidly approaching, and Jessica (Henstridge), an archival historian, needs to curate a special Christmas exhibition at the historic Plaza Hotel. She immediately learns that “Nothing unimportant happens at The Plaza.” But, despite these grand words,  she cannot figure out what sort of exhibition to display at the historic New York hotel. She has boxes of unorganized materials and a mere three weeks to come up with something fabulous.

Jessica also has had some unpleasant run-ins with Nick (Paevey), the handsome decorator who is Christmasfying the New York landmark. Once Jessica figures out what she will exhibit, she and Nick begin to work together and afterwork, do some Christmasy things together. From hot chocolate to elaborate Christmas lights, Jessica becomes happily immersed in the world of Christmas and begins to fall for Christmas-loving Nick.

But, there is a complication. She has had a boyfriend for two years who seems uninterested in her project. While trying to solve an old, and romantic mystery, Jessica begins to solve her own heart.

Welcome to the @theplazahotel, #Hallmarkies! Happy Thanksgiving and thank you for tweeting with us! Let’s get #ChristmasAtThePlaza trending? What do you say? #CountdownToChristmas pic.twitter.com/SLHrjSz3OW

What Is A ‘Finial D’arbre’ Tree Topper?

You always thought that star on the tree was called a tree topper? Well, in Christmas At The Plaza, Hallmark fans learn that the real tree topper name is finial d’arbre. Why is this such a complicated name? According to Hallmark, who posted on Twitter, “Finial meaning: a distinctive ornament at the apex of a roof, pinnacle, canopy, or similar structure in a building or an ornament at the top, end, or corner of an object. D’arbre meaning: French for tree. Interesting!”

Finial meaning: a distinctive ornament at the apex of a roof, pinnacle, canopy, or similar structure in a building or an ornament at the top, end, or corner of an object. D’arbre meaning: French for tree. Interesting! 🎄 #ChristmasAtThePlaza #CountdownToChristmas pic.twitter.com/McwhpmVMrh

When Can You See Christmas At The Plaza?

Currently, the Hallmark Channel and Hallmark Mysteries & Movies are airing the Countdown to Christmas. Movies, including Christmas At The Plaza star, Ryan Paevey, and mysteries such as the Gourmet Detective will return after the holiday season.

Are  you planning on watching Christmas At The Plaza? Does watching Hallmark movies put you into the holiday spirit? Be sure to check back with TV Shows Ace for the latest Hallmark news.