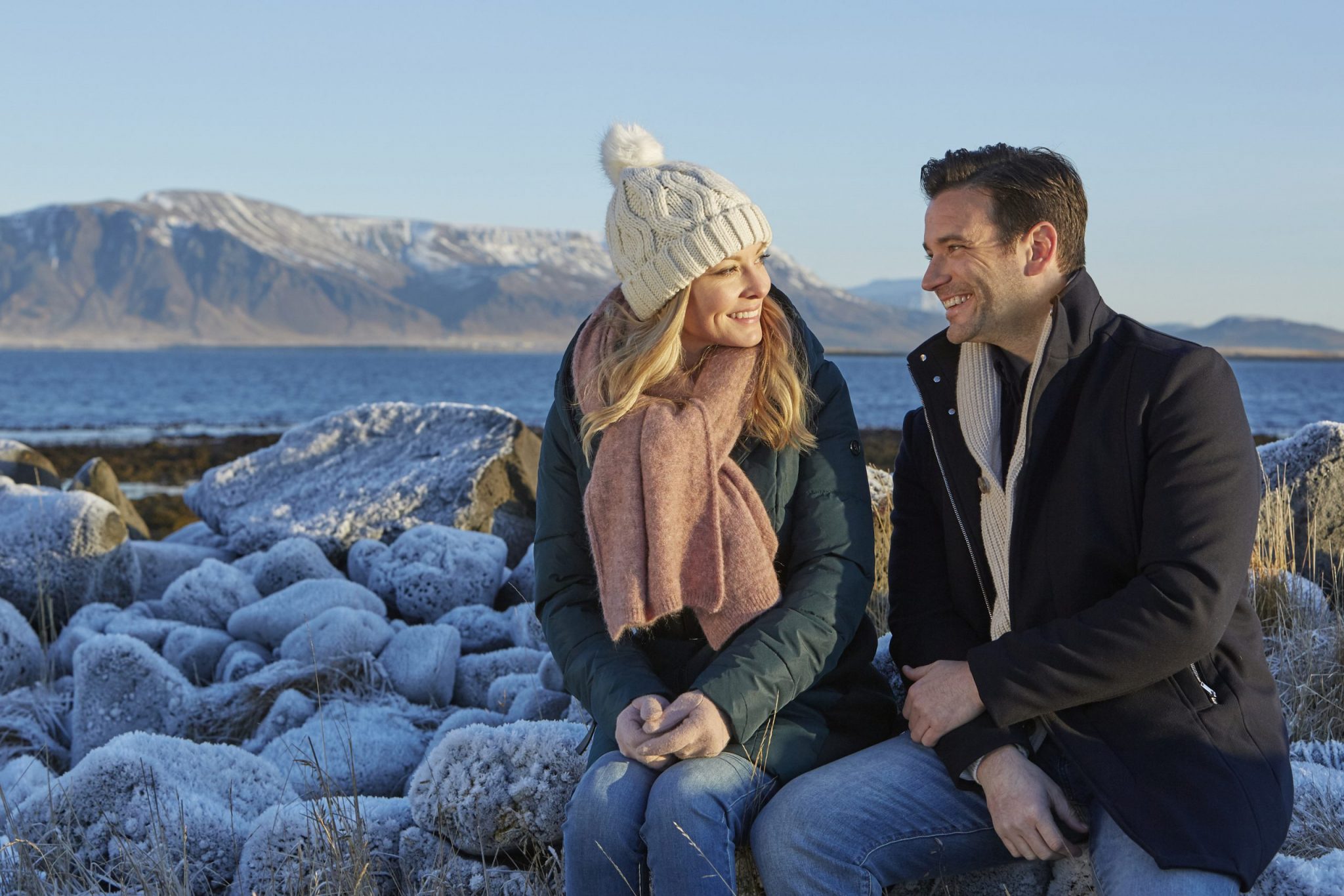 Now that Hallmark’s CEO of 11 years, Bob Abbott, has stepped down, maybe it is time for the network to think about ways it can improve the viewing experience. What could a new CEO do to change the future of the network?

Perhaps the first way is to determine what some of the problems are. I will generally share some of the recent programming issues that Hallmark fans have shared on social media.

A lot of When Calls The Heart fans are still smarting at the loss of Daniel Lissing. Many feel that Hallmark could have done more to keep him. What is hard for any actor is to be tied to only one sort of role. Many purposely get out of one type of genre to show they have more range. One good example is former Hallmark Hunk Antonio Cupo (I Do, I Do, I Do). He was in the CBS summer hit Blood & Treasure. Sadly, he has not been on Hallmark for a long time, but his career appears to be taking off. Perhaps a new CEO can help the network transition from a take off spot to a landing spot?

Although he clearly enjoyed his time at WCTH, Daniel Lissing wanted to do more roles. Unlike other Hallmark actors who only do movies, which only take three weeks to film, there is a huge time commitment doing a series. He is 40 in a couple of years and likely wants to do more with his career. Maybe the new CEO could bring Lissing in for one of next year’s Christmas movies?

As for Bailee, she is incredibly talented, but many of her peers are starring in their own series. It is unfortunate that Hallmark did not develop a new series specifically for her. As for the situation with Lori Loughlin, this was very difficult and unprecedented. This has clearly been hard on fans and on the two casts she worked with. This was a situation that was likely rife with legal issues. Yet, it would have been nice to have had more communication from Hallmark after totally removing one of its top stars from all of their media and programming.

Because of Lori’s situation, Hallmark has been relying on Candace Cameron-Bure, Lacey Chabert and Danica McKellar to work overtime. All are absolutely terrific actresses, but hopefully, a new CEO will continue to develop projects with up and coming Hallmark actresses such as Kimberly Sustad, Jessica Lowdes and some currently unknown actresses.

Many Hallmark fans were dismayed that there were only two autumn movies, and one Good Witch autumn movie. Just like hearing Christmas music two weeks after Labor Day, fans were disappointed that the fun fall stories were dumped for early Christmas programming. More fun stories with pumpkins, hayrides, apple cider and fall colors please!

Who doesn’t love Hallmark Christmas movies? In 2019, there were 40 news ones. I watched and enjoyed every one, but there are certainly other Christmas movies in other years I have enjoyed and have stayed with me much longer. But,  overall, Hallmark superfans were pretty disappointed. Many believed that they should have focused on quality over quantity. Some of the stories were lacking, but there were a few exceptional ones.

Stories like Write Before Christmas and Holiday For Heroes were exceptional because of strong casts and the really meaningful stories. Write Before Christmas, starring Torrey DeVitto (Chicago Med), Chad Michael Murray (One Tree Hill), Lola Davidovich (How To Get Away With Murder) and Grant Show (Dynasty) was a bit of a Hallmark version of Love Actually, all the way down to a hit holiday song. Christmas-loving Jessica (DeVitto) sends out cards meant for a now ex-boyfriend to five people that meant something to her. Like the Butterfly Effect, it starts a wave of love and good cheer to all. The dog adoption story here and in several other Hallmark Christmas movies was a big plus. Hallmark should continue this tradition.

Holiday For Heroes was also exceptional. This was Melissa Claire Egan’s (Young and the Restless) first Hallmark movie. Her strong performance was one of the best the entire season. The story unfolded beautifully. From the letters to a soldier, to the holiday for heroes event, this was the sort of three-tissue Christmas story that Hallmark fans have come to expect.

Then, Christmas Under the Stars saw Jesse Metcalfe and Autumn Reeser once again star together. Their chemistry is fantastic! Based on the Rikk Dunlap book, this was another heartwarming, inspirational story, during the season of miracles. The adoption story here was very special.

But, why did Hallmark only air movies like It’s Beginning To Look A Lot Like Christmas only twice? Stars Tricia Helfer and Eric Mabius were fantastic in this fun Christmas movie. In addition, it is nice to see more mature actors in some Hallmark movies.

Some Christmas movie fans missed early movies. Because of the scheduling, many encore performances ended in early December. A more even encore schedule would be most welcome.

Sadly, one problem that so many Hallmark fans complained about was chemistry. A great example is Christmas at the Plaza. This particular movie had a great story, a bit of a mystery, but a huge Hallmark no-no. The male lead knows she has a boyfriend, and still tries to get her to go out with him. A lot of Hallmark fans were upset about this storyline.

Ryan Paevey has a huge fanbase and is absolutely wonderful in everything he has ever been in. Yet, against the talented Elizabeth Henstridge (Agents of S.H.I.E.L.D.) there just seemed to be a lack of chemistry here and in several of the other 2019 Christmas movies. Hallmark doesn’t test for chemistry and that can be a hit or miss. You should not be able to tell, but sorry Hallmark, sometimes you can. And fans care.

Hallmark has wowed fans with the 2020 Winterfest offerings. Love On Iceland, which was totally filmed in Iceland was spectacular. But Winter In Vail may be the big fan favorite. Lacey Chabert and Tyler Hynes have great chemistry. Most of all, Vail is a picture perfect Hallmark sort of town. This is a good start to 2020!

Hallmark has a vast history of older movies that fans love. It would be nice if they create a “turn back Tuesday” and play an old favorite Hallmark movie every week, especially during Christmas movie showings.

The other question is why Hallmark shows old shows like Golden Girls, I Love Lucy and Frasier during the day. Many would like to see older Hallmark movies shown during the day.

On the other hand, Murder She Wrote fans will cry foul should Hallmark Movies & Mysteries decide to delete Jessica Fletcher from their lineup. Then again, there are far less Hallmark mysteries than there are movies. Hallmark should note that no one would complain if Hallmark brought back Mystery Woman, Jane Doe or McBride.

I am not the only person excited by the return of the Gourmet Detective. This is a fun and well-written series that has the fun banter that is reminiscent of shows like Moonlighting and Hart to Hart. While murder is obviously gruesome and horrible, this is Hallmark. Some of the new mysteries lack romance and chemistry. There are plenty of mysteries from both sides of the pond that fit the creepy genre, and plenty of networks that air those stories.

But, this is Hallmark. We don’t want creepy or gore. Hallmark fans would like to see an entertaining mystery, with some romantic chemistry. They want to see a really good storyline. It would be great to see some unique or fun things going on as the secondary story. Most of all, a two-hour movie should have more character development. Mystery fans should not be able to figure out who the guilty party is in the first five minutes based on that actor’s previous bad guy/girl roles. This has happened numerous times!

This year, Hallmark had two movies that included Hanukkah traditions and festivities. We are seeing a more diverse cast. A new CEO has to figure out how to balance out what Hallmark fans have always expected, along with the promises made to include a diverse cast and storyline after the advertisement scandal.

In December, TV Shows Ace reported that Hilarie Burton, who has acted in several Hallmark movies, had shared that she previously made suggestions for diversity, but was “let go.” She promises to watch to make sure that Hallmark will fulfill those promises.

But, as Hallmark star Ali Liebert may have said it best when she shared “Hallmark has a tremendous amount of power and influence. They have an opportunity to use that power in a socially responsible way that lifts up marginalized groups and represents all people equally and respectfully.”

In the end, Hallmark fans really believe in “love for all.” That is why they watch this programming. Hallmark has the talent and savvy to make the next decade wonderfully romantic. Fans tune into Hallmark to find hope in a very turbulent world.

That should be at the core of every decision the new CEO will make for the network.