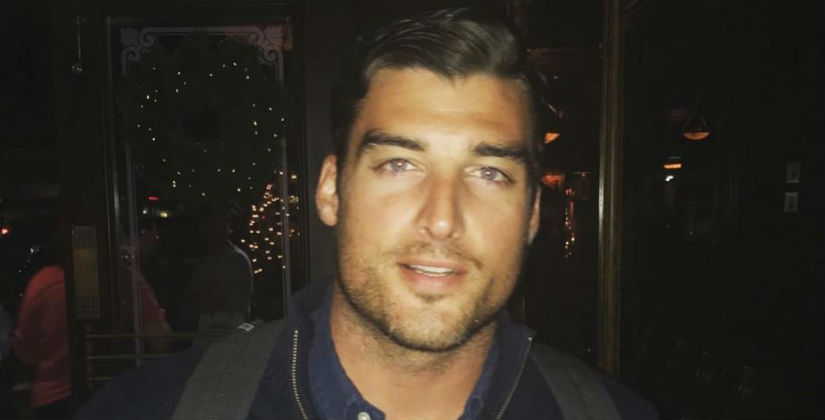 There has been sad news released today in Bachelor Nation. Tyler Gwozdz, a contestant from Hannah Brown’s season of The Bachelorette, has died. According to reports, Tyler was hospitalized last week following a possible drug overdose.

TMZ is sharing news that Tyler passed away Wednesday, January 22 at the young age of 29. Tyler’s body was reportedly sent to the Palm Beach County Medical Examiner’s Office in Florida. Boca Raton Police Services Department were called to a home on January 13 for a possible medical overdose.  Upon the arrival of medical personnel, Tyler was transported to the hospital where he was admitted to ICU. He remained there until he passed away on Wednesday.

People obtained a tape of a 911 call in which a woman could be heard frantically attempting to locate Narcan. Narcan can help reverse an opioid overdose. She reportedly broke down the door to the bathroom and found Gwozdz was inside. She successfully turned him onto his back. Reports from TMZ mention the possible drug in question could have been heroin.

It’s a bird?! It’s a plane?! It’s a….🌹?? Tune in to ABC at 8/7c TONIGHT to find out what @alabamahannah is pointing at! #bachelornation #rose #bachelorette #abc

His history on The Bachelorette

Hannah Brown and Tyler G. had great chemistry at the beginning of her season. Tyler even secured the first one-on-one date with Hannah. Things seemed to be going great for them, but then he suddenly left during the third episode. Hannah would never say exactly why he left, just that he “had to leave.” Her actual words to the camera were, “Tyler G. had to leave, and that’s upsetting because I really enjoyed my date with him.”

Refinery 29 reached out to Tyler at the time. He responded to them saying, “This was a decision that I came to with producers, and something that I’ve come to realize what is the best decision that could’ve been made.” He also says his departure was not aired on the show to respect his privacy.

There were accusations made against Tyler to which he denied them all. He said,

“Addressing totally unsubstantiated rumors posted to Reddit from an anonymous account seems imprudent. I feel that even addressing them gives them some sort attention and fuel but I continue to have faith in my journey and in a purpose for everything that’s happened to me in my life. Above everything else I am a son to my mother. She raised me to be better than these sort of baseless accusations. The rumors are so far out of the realm of my personality and values that it seems silly to waste time denying, but I suppose I will for the record. BUT I will be alright.”

Tyler was 29 at the time of his death. TV Shows Ace sends their condolences to his family and friends.

If you or someone you know is struggling with addiction, please contact the SAMHSA substance abuse helpline at 1-800-662-HELP.