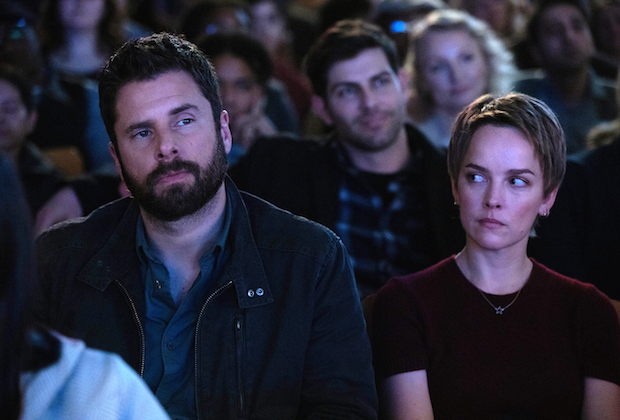 A Million Little Things returns to ABC tonight for its Season 2 midseason premiere. Here’s what we know about the first two episodes of 2020.

This week’s episode, entitled “The Kiss,” will take place three months after the events of the November midseason finale where Eddie and Delilah revealed their bombshell. As a result, Sophie is still rebelling after she went berserk in Eddie’s shed. Don’t expect the tension to be lessened after this short period of time.

In the midst of the drama, Gary, Maggie, and “the gang” will attend the opening night of Danny’s school play. Expect more tension there as well following Gary and Maggie’s break up. Speaking of Gary, there’s a lot of speculation about his future after the official preview reveals him getting arrested. On top of that, it looks like Gary may be heading back to the doctor’s office.

Elsewhere, Rome and Regina are taking big steps in the adoption process. Niecy Nash will guest star as a social work named Gloria in this episode to assist them with starting their family.

If you’re wondering if we’ll see Eric (Jason Ritter) make an appearance, the answer is yes. He is confirmed to guest star once more. Additionally, Danny’s school crush Elliot will presumably be involved in the play, which leads us to point out this episode is called “The Kiss” for a particular reason.

Looking ahead at A Million Little Things

Be warned that following may contain *spoilers* for upcoming episodes of A Million Little Things following the midseason premiere. Read at your own risk.

Jumping ahead to the Jan. 30 episode, we know that Rome and Regina will continue with the adoption process. This is great news for fans who were concerned Regina may change her mind after originally not wanting children. However, they’ll get a dose of parenthood when they assist Delilah in watching out for Sophie. Is Sophie still grounded from her breakdown?

We also know that Gary will confront Eric about his past once again. Let’s just hope this encounter ends peacefully. Another interesting tidbit involves Eddie, who will be looking into a new career in music. We’re doubtful he’s touring again as a rockstar, but maybe he’s taking up running a music shop or something that will allow him to be at home more often.

What are your predictions for the rest of A Million Little Things Season 2? What do you think will happen between Gary and Eric? Let us know!

A Million Little Things returns to ABC tonight in its new time slot of 10/9 C.