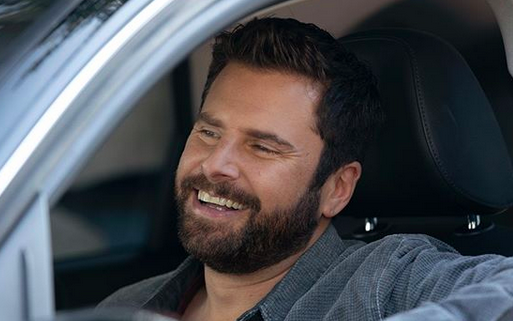 A Million Little Things is preparing for its midseason premiere on Jan. 23rd in its new time slot of 10/9 C. The new teaser for Season 2, Episode 10 reveals Gary may be in big trouble.

Is Gary going to jail?

Following his break-up with Maggie in Episode 9, the new teaser shows Gary confronting Eric, claiming to know what he’s hiding. (You may remember that Eric had a pretty suspicious phone call the last time we saw him.) It looks like Gary and Eric’s meeting may turn physical as we catch a glimpse of Gary sitting in the backseat of a police car, followed by Katherine announcing Gary’s been arrested.

So, what exactly does Gary do? At best, I feel like he probably ends up throwing a punch. As a result, Eric gets the authorities involved, perhaps to prevent Gary from interfering in whatever is going on with Maggie.

Also shown in the teaser is Gary sitting in a doctor’s office. Is he dealing with a new health scare, or is it just another routine check-up?

Take a look at the concerning teaser for when A Million Little Things returns:

Reno 911! star Niecy Nash will have a special guest role on the Jan. 23rd episode, as first reported by TVLine. According to the report, “She’ll play Gloria, a social worker who’s been assigned to help Regina and Rome with their newest endeavor: adopting a child.”

As you may recall, Regina admitted she would be open to adopting a child with Rome after witnessing Rome talk PJ out of suicide. It became clear to her that he would make a great father, and she was able to find a happy-medium by suggesting adoption rather than flat out not having children.

What else to expect on A Million Little Things?

TVLine also revealed that Episode 10, which is entitled “The Kiss,” is set three months after the events of the fall finale, which featured Sophie having a meltdown after learning about Delilah and Eddie’s affair. It doesn’t sound like Sophie will be getting over the news anytime soon.

Elsewhere, the gang (including Maggie and Gary) will attend the opening night of Danny’s school production of Grease. Hopefully we can see more character development from Danny as he prepares to take the stage. After all, we haven’t really seen his reaction or how he’s dealing with the news of Eddie being Charlie’s father.

As for the show’s complex love triangle, ‘a million little things’ could go down between Eddie, Katherine and Delilah. It remains to be seen how Delilah’s revelation will play out for everyone. Hopefully this isn’t the beginning of the end for the beloved friend group.

Be sure to catch all the drama when A Million Little Things returns to ABC on Jan. 23rd at its new time of 10pm ET.