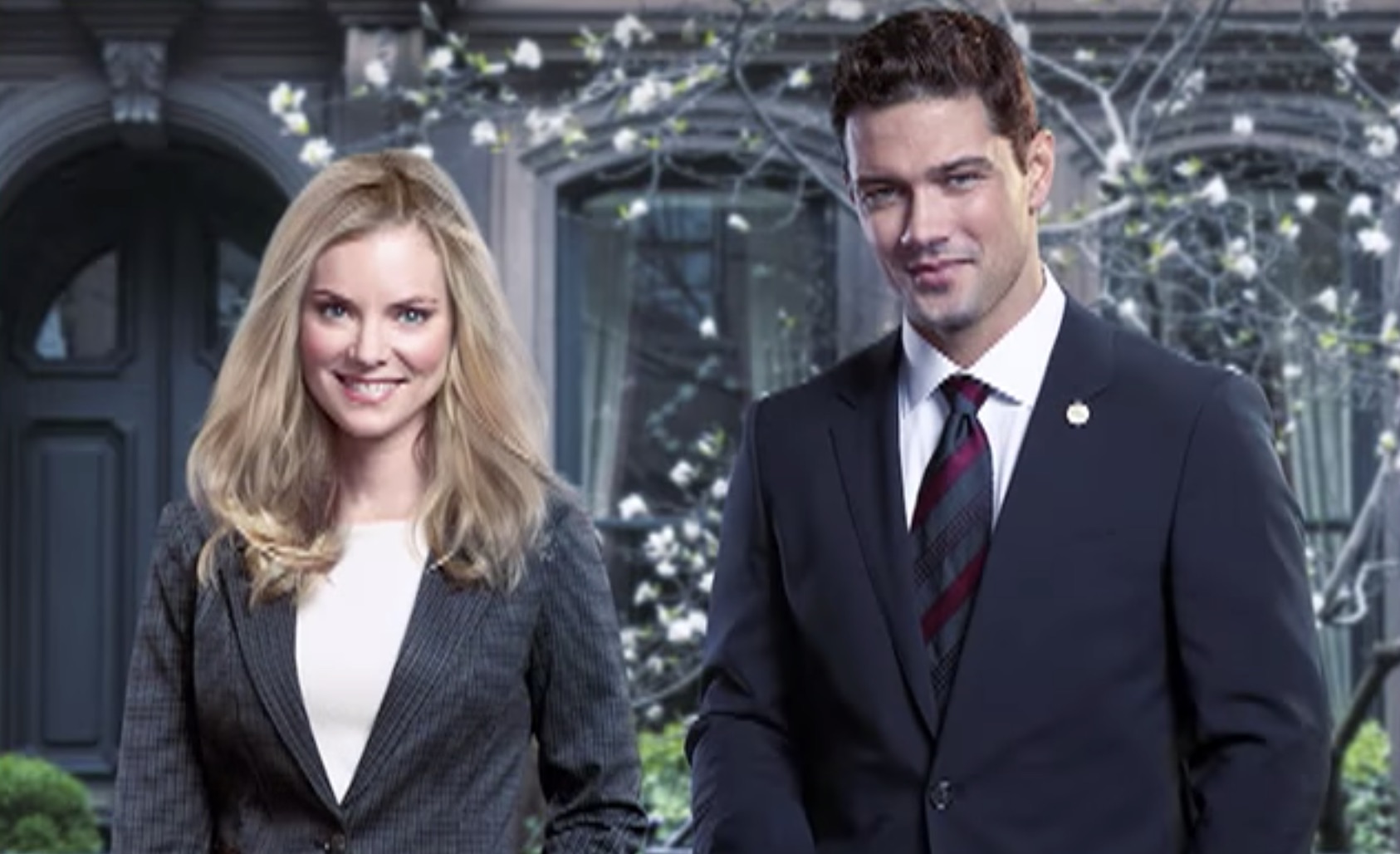 Over the past weekend, Hallmark determined that Unleashing Mr. Darcy was the top Winterfest movie of the weekend. This was accompanied by two sets of tweets. Either fans were excited and they are now demanding a third movie, or they wondered how this would be considered a Winterfest movie. What all went down?

On Tuesday, Hallmark went to Twitter to announce their top Winterfest movie over the holiday weekend. They tweeted “The #1 spot on our #Winterfest Holiday Weekend Movie Countdown goes to…. #UnleashingMrDarcy starring @RyanPaevey and @cindy_busby! East Coast tune in and tweet along with us now!

Teri Wilson, author of the novel that inspired this, shared her own sentiments on Twitter: “Speechless. Thank you so much @hallmarkchannel #Darcies #UnleashingMrDarcy #Winterfest.”

Now that Hallmark fans are sending a lot of love to the Mr. Darcy series, what could be next? Marrying Mr. Darcy was released in June 2018. What is next?

Along with the tweet that Unleashing Mr. Darcy was the top Winterfest movie over the holiday weekend was the question about another sequel. Will there be a third Darcy movie? Hallmark has not said anything regarding a third installment, although this has been a very successful series. Is it possible that they played this movie during Winterfest to see if there is continued interest? Obviously, fans watched it, otherwise Hallmark would not have shared this information.

Just recently, Dylan Neal reported that due to fan viewership, the Gourmet Detective mystery series was revived. This happened after Hallmark aired the first four episodes of this mystery series, Fans watched and many shared their desire for more episodes. Because so many people watched these episodes, Roux The Day was filmed. Could this the same sort of situation?

In November, TV Shows Ace reported that Twitter was weighing in on who was their favorite Mr. Darcy. It was inevitable that Ryan Paevey fans would throw his name into the ring. He has portrayed Donovan Darcy, dog show judge, philanthropist and Hallmark hunk.

For the record, Ryan deemed Colin Firth as the ultimate Darcy. Firth played Darcy in the iconic 1995 BBC Pride and Prejudice. Most importantly, he also portrayed Marc Darcy in the Bridget Jones movies, a modern reimagining of the classic Jane Austen book.

Not A Hallmark Winterfest Movie

While fans were overwhelmingly excited by the high viewership of this classic Hallmark movie, some were upset that this was not actually a Winterfest movie. Several people tweeted out their favorite movie from this winter series, including Lacey Chabert and Tyler Hynes Winter In Vail, and the more recent Love On Iceland, which was totally filmed in the beautiful island country.

Be sure to check back with TV Shows Ace for the latest on the Mr. Darcy series, Winterfest and all things Hallmark.