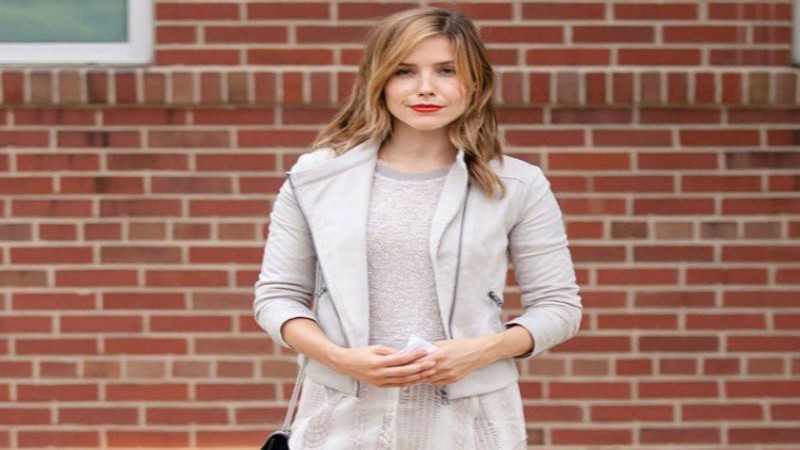 This Is Us recently added two actresses to Season 4. TV Shows Ace reports that one of the newcomers is Sophia Bush, most well known for teen drama One Tree Hill.

The veteran actress also appeared on Chicago PD for years. Reportedly, she left Chicago PD over abusive behavior that may have been partly harassment from a male co-worker. Sophia is now opening up about a similar experience she dealt with on One Tree Hill.

One Tree Hill was one of the most popular teen dramas in the 90s. The show revolved around half-brothers vying for a slot on the high school basketball team. Sophia Bush played Brooke Davis, one of the love interests, for all nine seasons.

At one point, Sophia was married to her co-star, Chad Michael Murray. The couple split after one year in a very public and nasty divorce that Sophia has said the show exploited. That’s not all the show exploited, Sophia now reveals.

During an appearance on the podcast Pretty Big Deal, Sophia opens up about the toxic environment with the writers. According to Sophia, she now sees how “inappropriate” some of the scenes she shot were for her high-school age character.

The actress was in her 20s at the time, but felt it was wrong to constantly show her character in her underwear. She explains on the podcast,

“I remember my boss kept writing scenes for me to be in my underwear. And I was like, ‘I’m not doing this, this is inappropriate.”

Actress Shares Shocking Allegation on What Boss Said to Her

As the conversation continues, Sophia reveals how her boss responded to her refusal. Allegedly, he pointed out that she wasn’t 16 and fans wanted to see her in her underwear.

“And he literally said to me, ‘Well you’re the one with the big f–king rack everybody wants to see.’ And I was like, ‘What?! Well, I’m not doing it!'”

E Online reports that Sophia started wearing turtlenecks to the set after this incident.

While the actress doesn’t name the person involved in the incident, a former showrunner was accused of sexual harassment in 2017.

At the time, Sophia and some of her co-stars, including Hilarie Burton and Bethany Joy Lenz, accused Mark Schwahn of inappropriate behavior on-set. They also supported a writer on the show when she filed suit against him.

Sophia made her debut on the winter premiere of This Is Us. She played a character wooed by Kevin (Justin Hartley) until she revealed that she’s already married to someone else. However, this revelation did not deter fans from “shipping” the couple’s on-screen union.

With all the reboots popping up, fans of One Tree Hill hope for a reboot. While Sophia hasn’t said anything either way, she did tease fans by reuniting with co-stars at a recent award shows.

For now, fans of Sophia can watch her on This Is Us, airing Tuesdays on NBC.