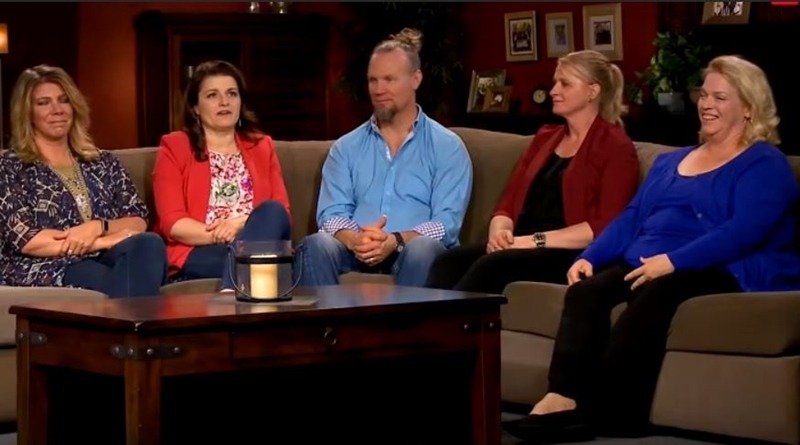 Sister Wives’ Sunday episode showed Kody present his vision of one massive home to the family. Afterward, he took to Twitter saying that he felt alone in wanting it. Then Christine indicated that she hated the idea. And, Janelle also tweeted about how she loves the concept. So, with at least two wives on opposite sides of the fence, is it likely Kody gets his dream home?

At the end of the previous season on TLC, fans saw Kody discussing his plans for the big house. Finally, he let the wives in on his secret mission. He wants this giant home where each wife has a separate apartment and a communal living space. But, with jealousy factoring in, it’s hard for some fans to think it could possibly work. After all, more than once, Christine talked about how she struggles with jealousy. Even in separate homes, that seems a major issue for her when the entire family gets together.

TV Shows Ace reported that Christine feels that there’s a huge downside to a man with more than one wife. After all, if she and Kody fight and they get together with the others, she feels guilty. Like, maybe she’s the one with the problem. It’s hard for the Sister Wives star seeing him on good terms with the other wives. Some people believe that this sort of thing brings a lot of stress and amounts to mental abuse. We speculated that it really can’t be that good for her mental health. It might be even worse when she shares one big communal space with the others all the time.

Kody feels alone in his mission for one giant home, but Janelle likes it

InTouch Weekly noted that after the show on Sunday, Kody felt quite alone. They wrote, “Kody Brown tweeted during the Sunday, January 19, episode…and noted that he didn’t feel like he had a lot of support.” His tweet says in full, “I felt totally lonely in that presentation. ALL ALONE. TOTALLY LONELY.” Well, he got little sympathy from fans of the show who felt he simply wants everything his own way. One person said, “I’m surprised your surprised. They’ve made their opinion very clear throughout the last years, (sic).”

I felt totally lonely in that presentation.
ALL ALONE
TOTALLY LONELY#SisterWives

But, Janelle likes the idea. In fact, in the show, she told the others to at least hear Kody out before making a decision. She also tweeted after Sunday’s episode of Sister Wives. In her tweet, she told fans, “It will be no secret. I’m in love with the one house idea,” Perhaps jealously’s not such a major issue for her. After all, fans know from way back that she and Kody get along like buddies, rather than lovers. Also, in historic seasons, Janelle’s been the least likely to throw fits about jealousy-motivated issues.

It will be no secret. I’m in love with the one house idea #SisterWives

Christine hates the idea of one big home, can they reach a compromise?

While Kody felt “lonely,” and Janelle wants the big home, Christine’s the polar opposite. On her Twitter, she wrote, “There’s so many living arrangements in plural families. Some are together, some are separate. We’ve done it all and I really like separate better.” Meanwhile, Meri’s relatively quiet. Maybe she needn’t stress too much as she’s seldom home anyway, these days. She spends lots of time traveling with LuLaroe and her Lizzie’s Heritage Inn.

There’s so many living arrangements in plural families. Some are together, some are separate. We’ve done it all and I really like separate better. #SisterWives

What do you think about this division between the sister wives and Kody? Do you think he’ll drop the idea of one big mansion home as he realizes it might bring more issues? Sound off your thoughts in the comments below.