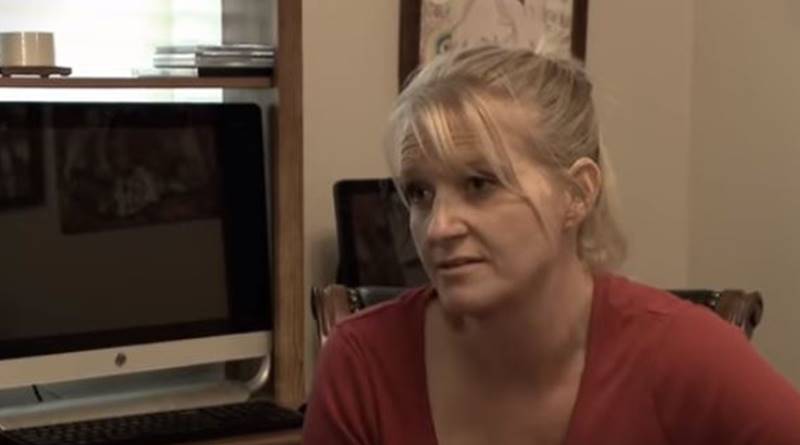 Sister Wives fans heard that Christine Brown’s aunt wants her out of her polygamous relationship. Christine revealed on Sunday’s episode one very good reason why there’s a major downside to it. Not just jealousy, it seems a mental nightmare arises with multiple wives.

Sister Wives mental anguish, is this why Christine’s aunt wants her out of polygamy?

TV Shows Ace reported back in November that Kristyn, Christine’s aunt lived in a multiple wife situation as well. In fact, she wrote a book about it called Fifty Years in Polygamy: Big Secrets and Little White Lies. Plenty of jealousy issues arise, she noted.  Well, fans of the show saw that sort of thing in the TLC show over the years. But it seems more than just jealousy about the husband sleeping with the others.

Radar Online reported that Christine’s aunt said, “physical abuse is common, it is “not as common as emotional and mental abuse.” And, that could be her biggest concern. That’s because jealousy can actually almost drive people crazy. She explained about when her husband took a second wife, she really struggled with it. “It was never the same…There was no loyalty. There was a constant comparison. Constant, he loves her more. He’d rather be with her than me.’” Now, the Sister Wives star, Christine took it a step further, exposing her feelings.

More than just jealousy, a darker side to polygamy

In the latest episode, Christine talked about jealousy. She explained that if she and Kody “fight,” then meet the rest of the family, it’s very hard. Out with the rest of the family, Kody Brown enjoys his time with the other wives. The fact that he’s getting along just fine with the others makes her feel, “maybe it’s all you.” In other words, it’s much more than just jealousy.

Describing it as “terrible mind games,” Christine intimated that polygamy makes her doubt herself. Perhaps she asks herself if she’s the bad wife? Maybe there’s an issue with her personality? Maybe Kody prefers them because Christine doesn’t measure up? Anyone can imagine how that must play havoc with any peace of mind in Sister Wives.

Cheatsheet reminds readers that Christine’s not the only wife with these jealousy issues. Meri also struggles. No doubt, Janelle and Robyn sometimes feel similar feelings of self-doubt. A paper by Shepard, Lindsay came out in 2012. The title is The impact of polygamy on women’s mental health: A systematic review. The publication noted that there’s room for more research. But noted that “individual studies report a higher prevalence of somatization, depression, anxiety, hostility, psychoticism and psychiatric disorder in polygynous wives.” It also stressed “low self-esteem.”

Sister Wives star Christine talked about the mind games, describing them as “terrible.” That seemingly fits with her feelings of low self-esteem. Is it no wonder then, that the paper also noted, “a more significant prevalence of mental health issues in polygynous women as compared to monogamous women.”

No matter the name, living with more than one wife sounds hard

The paper refers to polygyny as well. Essentially, the difference is hard to define. Polygamy and Polyngy both involve a man taking more than one wife. Call it by any name, it seems that sister wives suffer a major downside to their mental health in these relationships.

What do you think about the mental anguish that Christine suffers? Would you hate to see your man fight with you and then look happy as anything with another wife? Sound off your thoughts in the comments below.