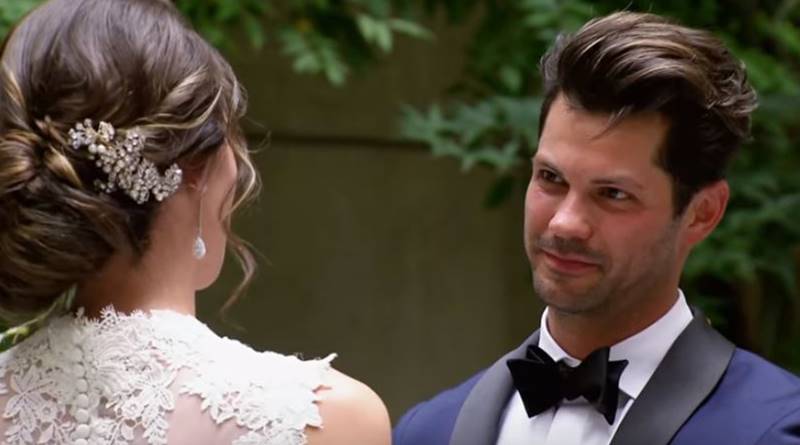 MAFS fans heard about some spoilers centering around Zach and Mindy. If you don’t enjoy spoilers then stop reading at this point. As so often happens, the new and the previous spoilers came from @MAFS Fan on Instagram. This time, the same as with the previous ones, they first posted a notice on their page to warn followers to expect spoilers, and how to find them, for those that want to read them. Now a question emerges. Did Zach cheat on her?

TV Shows Ace reported that the Instagram page mentioned that it looks like there are only three couples left in the running in Marriage at First Sight. That’s because apparently, Zach and Mindy split. In fact, it came out on decision night. In their spoilers, it said, “Zach and Mindy will get divorced.” The second Story noted, “I can’t give any additional details.” That’s because they wanted to protect their sources. However. they stipulated that the source “is very credible.”

Actually, the news wasn’t really a massive surprise to some followers who felt that Zach probably loved himself a lot more than Mindy. Heavy reminds readers that “Following the tragic death of her younger sister, Mindy realized that life was too short, so she decided to dive in head first and begin searching for her soulmate.” And, bear in mind, Zach’s a fitness pro. So, initially, it looked like common ground would see them through. But many MAFS fans just never saw Zach as really being into a single relationship. New spoilers suggest that’s why they broke up.

Zach in a love triangle?

On their Instagram Stories, the spoilers emerged in the shape of a video clip and two other pics. In the video, it showed a clip of Mindy’s friend Lindsay talking. Well, Mindy cut in and said that someone’s lying about cheating, either Zach or Lindsay. Then, MAFS Fan posted a pic. It said, “It will be revealed that Mindy’s friend Lindsay…started talking to Zach at some point.” They added, “Lindsay tells Mindy that Zach showed interest in her.” However, they later corrected that in a second pic. In fact, the correction said that Lindsay never told Mindy about Zach being interested in her.

What actually seems to have happened is that the MAFS experts and Mindy accused him of “having an emotional affair with Lindsay.” Note though, that this all only “allegedly” went down, so it’s not certain it’s gospel truth yet. In the first post, the admin noted that Zach denied it. And, they added that there’s no proof that the two had anything physical happen. But, still, as they say, where there’s smoke, there’s fire. Back on the warning post about the spoilers, a few fans threw in their thoughts.

Fans throw around their thoughts on the spoilers

Fans responded to the spoilers, and here’s what some of them said:

What do you think about all these spoilers? Do you think Zach really got way too interested in Mindy’s friend Lindsay? Or is Mindy just reading too much into it? Sound off your thoughts in the comments below.