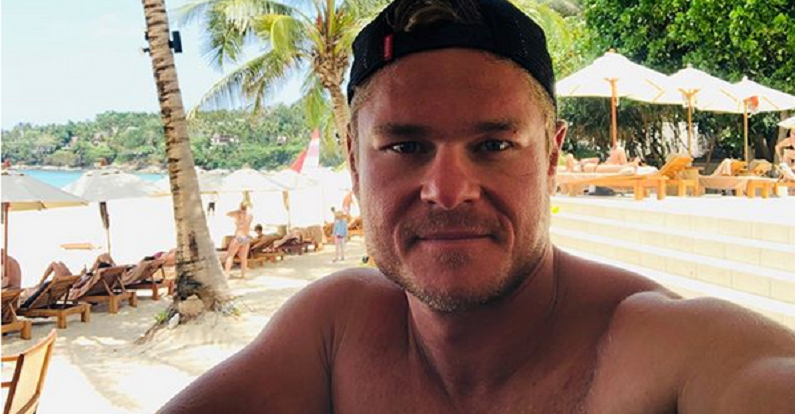 Ashton Pienaar has become the most-hated cast member of Below Deck history. Fans aren’t happy with his explosive behavior and neither are some of his fellow crew members. As TV Shows Ace reported, Captain Lee Rosbach made it clear that he doesn’t want to work with the bosun ever again.

Fans have been expressing their outrage on social media. Some of them are hoping that he will finally be held accountable for his actions. He made an appearance on Watch What Happens Live with Andy Cohen where he was asked about his time on the boat. Fans were in for a let down when Pienaar wouldn’t own up to his behavior.

Below Deck fans fed up with his irate behavior

Many of them tweeted that while Cohen asked Pienaar tough questions, he allowed him to make excuses for his behavior. They were also disappointed that the Below Deck star didn’t apologize to chief stew Kate Chastain and deckhand Rhylee Gerber for the way he treated them. They felt that Pienaar dodged questions and didn’t take accountability for his actions, as reported by Showbiz CheatSheet.

Even Chastain called him out at one point during the show. She revealed that it took him 24 hours to reach out to her after the footage of the infamous van incident aired. According to Chastain, Pienaar was too busy responding to fans to reach out to her. Cohen read Chastain’s tweet to Pienaar during the episode, but he didn’t say a word.

Ashton Pienaar named “The Worst” from Below Deck

The 2020 Golden Crappie Awards have arrived. The annual Watch What Happens Live podcast award show took place on Friday, January 17 at the Regent Theater, DTLA in Los Angeles, California, as reported by Showbiz CheatSheet. The tongue-in-cheek affair was hosted by Ben Mandelker and Ronnie Karam.

Below Deck swept the awards show. Chastain won “Best Bravolebrity” while Pienaar was named “The Worst.” Looks like season 7 is going to haunt him for a long time. He’s never going to redeem himself. Meanwhile, Below Deck Mediterranean picked up two awards for Aesha Scott awarded “Best Newbie” and Colin Macy-O’Toole’s mom, Robin, named “Best Mom.”

Carries on with “self-reflection” tour

Pienaar is attempting to fix his tarnished reputation. He’s appeared on several talk shows and podcasts since that frightening Below Deck episode aired. He claims that he’s a changed man and has apologized to Chastain and Gerber in private but no one believes him. Captain Lee also blogged about how he sees little remorse from Pienaar.

Cohen also felt the same way and addressed it during Pienaar’s appearance. Below Deck fans also don’t buy Pienaar’s changed man act. They felt that all his responses on WWHL sounded rehearsed. It sounded similar to what he’s already said in other interviews. While he admits to saying stupid things, he follows up with this canned response:

Pienaar was also asked about his drinking. He said that he has quit drinking but has not attended any AA meetings. When Cohen asked him if he’s seeking treatment or therapy, he said he’s “considering it.” He then said that therapy starts with him, whatever that means.

While Pienaar continues his apology tour, fans aren’t letting this go. Many have taken to his Twitter account to express their disappointment. Others have blamed the Below Deck production company, 51 Minds, for allowing the men to stay on the boat despite their misogynistic behavior.

Don’t forget to check back with TV Shows Ace for the latest news on Below Deck.

It’s On! Where Will Amy Roloff Marry Chris Marek?
Netflix Reveals If It Will Save ‘Manifest’ From Cancelation
Multiple Times Jade Roper Slammed Trolls Who Slap At Her Parenting
‘Deadliest Catch’ Exclusive: Harley Davidson Helps the F/V Cornelia Marie Out Of A Jam
Why Did Cody, Abigail’s Son, Visit The ‘When Calls The Heart’ Set?