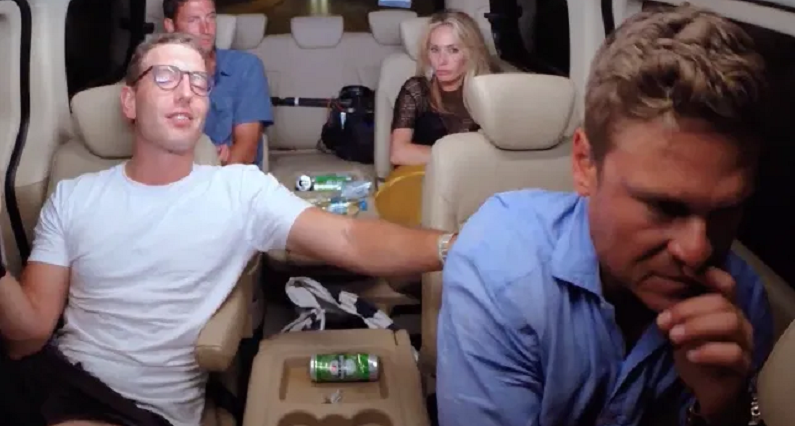 Below Deck fans and crew alike don’t want Ashton Pienaar to work as bosun ever again. His drunken behavior has been witnessed throughout the season. The van incident between Pienaar and chief stew Kate Chastain had fans reacting on Twitter. However, fans were split on Rhylee Gerber’s return this season.

The fiery deckhand held her own against the boy’s club, as reported via TV Shows Ace. As a result, people have been on “Team Rhylee.” Since Gerber has been on the show for the past few episodes, fans who weren’t on her side have finally come around. Most have noticed the way that Pienaar treats Gerber on the news season of Below Deck. Now, some of them are calling for him to leave the show.

Could Rhylee Gerber become the next bosun?

As Showbiz CheatSheet reported, fans think Gerber should replace Pienaar as the new bosun. In an interview with Decider, she admitted that Pienaar would be good at his job if he didn’t mix business with pleasure. She also feels that he could be a much better bosun than Chandler Brooks from season 6 of the Bravo series. Gerber also said that Pienaar is an efficient leader when he shares how he feels about his crew.

However, Below Deck fans feel that Gerber would be better suited for the position. Most took to Twitter to make their feelings known. They agree that Gerber has earned the right to become bosun. They also love how she keeps her fellow male deckhands in check and that she stood by Chastain’s decision to leave the boat. Fans want Gerber to take over his position immediately.

Captain Lee refuses to work with Ashton Pienaar ever again

During an interview on The Jenny McCarthy Show, he revealed that he would never work with the bosun after witnessing his behavior on season 7 of Below Deck. One reason why Pienaar will never get a second chance is because Chastain doesn’t think Pienaar is genuinely sorry.

“I don’t think he’s really sorry,” Rosbach said. “I don’t get that feeling of sincerity from him or any remorse at all. And I’m a pretty good judge of that.”

Rosbach isn’t the only one feels that way. Chastain shared a similar sentiment during the interview.

“I don’t think he’s really sorry,” she revealed. The two reality stars agreed that Pienaar is not remorseful over his actions. Gerber may be relieved to hear this new, especially after Pienaar asked Rosbach to fire her with only six days left in the charter season.

Pienaar is also speaking out about his controversial season. During an interview on The Daily Dish, he said that living out the drama isn’t the same as watching it back on TV, according to the Bravo blog.

“From the outside it’s just extremely regretful to watch that type of behavior,” Pienaar said. “It’s tough to watch. Honestly it’s tough, and it’s embarrassing, and I’m ashamed of my behavior.”

He’s also taken a break from both Instagram and Twitter since receive backlash over his drunken behavior. He did momentarily broke his Instagram silence on Tuesday, Jan. 7 to celebrate the new year. Pienaar revealed that he fell “into a depressed” state after receiving so many negative comments. That’s when he decided to focus on “keeping my own sanity and just kind of getting control of my own thoughts.”

So, what is his biggest regret? Pienaar revealed that it was his fight with Chastain in the van. The fight got so heated that the drama followed them back to the boat after the crew’s night out.

“If I could do it, you know, do a redo kind of thing, then I’d probably make sure personally that I don’t let myself get that drunk,” Pienaar said. “It’s probably my biggest regret from the season that I allowed myself to get to that level.”

Reliving this experience on this season of Below Deck has been a humbling experience for the bosun. He now wants to focus on learning his past mistakes and making sure it doesn’t happen again.

What are your thoughts on this season of Below Deck? Do you feel that Ashton Pienaar is truly remorseful for his mistakes? Do you agree that Rhylee Gerber would make a great bosun? Sound off below in the comments section.