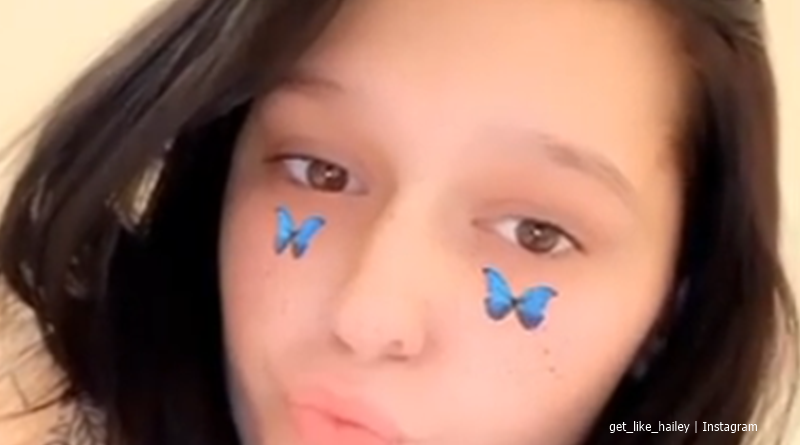 Unexpected fans heard that Hailey 2 and Matthew split. In fact, she shared that she went to court for an emergency protection order (EPO) against him. But, she admitted she felt “broken.” Now, she seems way more forgiving and tolerant of Matthew. And, it looks like she got some good advice from her dad. He seems to be helping her shape her decisions about Matthew and her unborn baby, Levi.

Unexpected – the EPO taken out by Hailey 2

TV Shows Ace reported that Haily went to court for an EPO on Matthew. We noted that she never elaborated on why. But, she also said that being in court left her feeling “broken.” She said on her Instagram, “I DONT by any means want my baby to grow up without his daddy and not know him.” Then she added, “It’s cruel.” So, seeing they both made her baby together, they should both get a chance to help raise him.

Now, in an Instagram Stories Q&A, Hailey 2 seems to have had a long heart-to-heart with her dad. And, it seems she’s taking some of his advice on board. It’s good to know her dad’s around for her. The Ashleys Reality Roundup reported that Hailey 2 suffered from depression. So, someone for the Unexpected alum to talk things out with sounds ideal. At least, we also know now that both her parents support her and look forward to Levi’s arrival.

Hailey gets a different attitude to Matthew, advice from her dad

During her Q&A, Hailey seems rather lenient now about allowing Matthew in her son’s life. In fact, she said that even if Matthew got back with Hailey 1, she might consider letting them see Levi. While it’s early days yet, she also feels she won’t have a problem if Levi meets their daughter Kinsley. In fact, she said that “Matthew will be amazing with his son.”

When a fan asked her about her turn-around attitude to Matthew, she said that she had a long chat with her dad. Despite the fact her parents are divorced, she noted they both seem excited to meet baby Levi. In her reply, the Unexpected mom-to-be said, “Sat down and had a mature talk with my dad who is my best friend.” Then, she added that she “came to the conclusion [she] can’t be immature now.” After all, as she says, “I’m a mommy.”

What do you think about Hailey 2 turning to her dad for some advice about Matthew and baby Levi? Are you happy she’s got someone to turn to during this difficult time? Sound off your thoughts in the comments below.

‘OutDaughtered’: It’s A Big Deal! Danielle Finally Lets Girls Have Independence
Lori Loughlin Is Back, Will Appear in ‘When Hope Calls’
Brandi Passante’s Feet Have Instagram DROOLING In New Sexy Snap
‘Welcome To Plathville’ Olivia, Kim And Barry Have A Serious Talk
Will Olivia Jade’s Parents Make A ‘DWTS’ Appearance This Season?