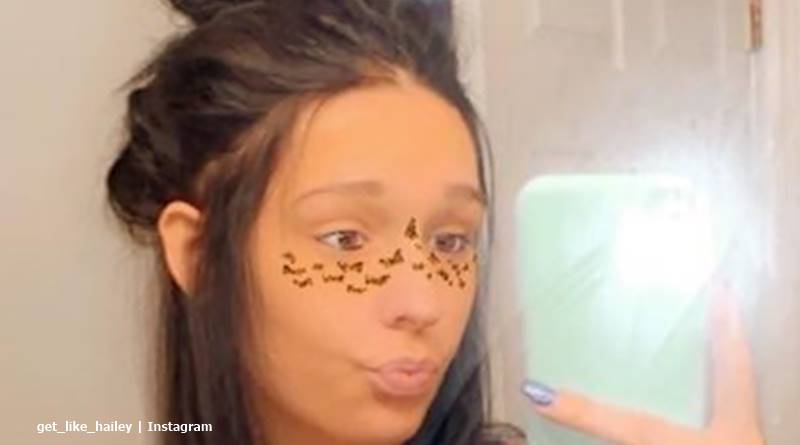 Unexpected star Hailey 2 flip-flopped over her relationship with Mathew, the father of her soon-to-arrive baby. At one stage, she did a complete reversal on where they stood. But, it’s clear things went from bad to worse for them. Hailey 2 took out an Emergency Protective Court Order (EPO) against Matthew. But, she wonders if it’s the right thing, and says that going to court “broke” her.

Unexpected – the relationship between Hailey 2 and Matthew sours

TV Shows Ace reported on the ever-changing relationship between Matthew Blevins and Hailey 2. Fans who watch the TLC show know that Hailey 2 goes by that name as the original Hailey on the show is a different person. Matthew initially featured with Hailey Tomlinson, but later dumped her to take up with this Hailey, the original’s ex-best friend. They soon announced that Hailey 2 also expects a baby. At first, things looked good between them, but then conflicting reports came out.

Starcasm followed the couple for a while, and often updated on their status. One moment they seemed happy, but then they split. And then they made up, then later split. But, for some time now, Hailey’s been more open. Repeatedly, she assured Unexpected fans that they no longer love each other. In fact, it looks like things soured even more recently. She said she took out an Emergency Protective Court Order (EPO) against Matthew.

Taking to Instagram on Tuesday, Hailey shared a long post to her followers. She said she posted it for those people who support her and “truly care” She added that she gets lots of DMs so collectively, she wanted to thank them for their concern.  She then said, “Here’s the update: Me and Matthew aren’t together. Obviously. This time it’s serious and hurts more than ever.” Then she talked about how they both need “help” or “nothing will ever change.”

The Unexpected add-on noted that it’s a tit-for-tat thing with them both blaming the other. Then she wrote, “It’s BOTH of our faults.” Then she went on to explain what happened next. “I did get an EPO on him due to him saying some things that scared me.” Not elaborating on why or what happened, she said the details don’t actually matter. But, she feels “broken.” She realized that when she went to court. In fact, she now feels taking out the EPO might not be “the smart thing to do.”

Hailey hinted that the EPO might estrange Matthew even more. “I DONT by any means want my baby to grow up without his daddy and not know him,” she said. Then she added, “It’s cruel.” Some way or the other she’s determined to try and a “figure out a way to fix this mess and co-parent with Matthew.”

The young mom-to-be admitted that the Unexpected dad should get a chance “to be a parent to our kid as well.” And, she noted that obviously the baby boy comes along as they both “made him together.” Now, she feels they shouldn’t keep “holding a grudge.” Then, she added her thanks to the many people who support her through this difficult time.

What do you think about Hailey 2 regretting taking out an EPO on Matthew? Now she feels going to court “broke” her. Sound off your thoughts in the comments below.