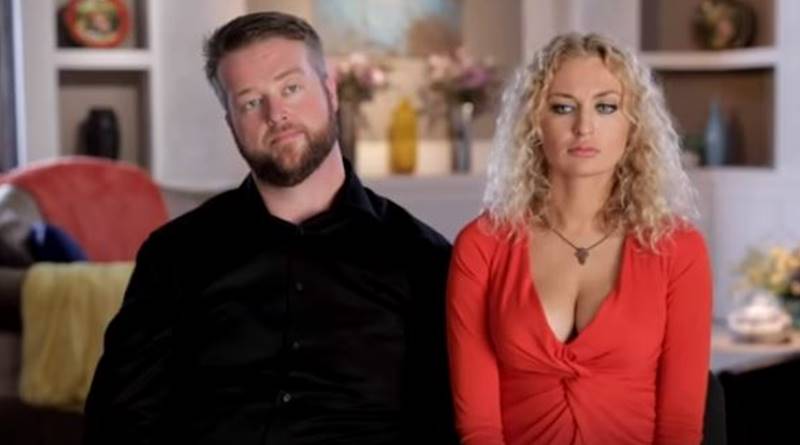 90 Day Fiance Season 7 features Natalie Mordovtseva and Mike Youngquist. Filming for the season wrapped and they even filmed the Tell-All before Christmas. So, there’s no reason why TLC cameras should follow the cast around now. That is, unless they plan to bring them back on another season of the spin-offs in the franchise. And, it looks like Natalie and Mike may be filming again. Spoilers follow!

TV Shows Ace reported that fans of the show saw the rather incompatible couple split.  Natalie tossed her engagement ring. He calmly picked it up and went his way. The couple argued all the time recently as they had major trust issues. Also, their different attitudes toward kids and religion got in the way.  Recall that Natalie’s K-1 Visa got delayed. Mike even got suspicious that Natalie may have previously applied for the states with another guy.

Cheatsheet reminds readers that Natalie even told the producers that if she said she “loved” Mike, then that would “be a lie.” She felt that she couldn’t really commit as she still didn’t know him well enough. So, it looked all over to viewers of 90 Day Fiance.

But, it looks like we never saw the end of the couple. That’s because it’s become evident she’s with Mike in Seattle. The news got leaked by fans of the show who spotted them at the airport. Later, they were seen at the famous foodie market, Pike Place.

Are Mike and Natalie together for filing?

Of course, it’s possible that Natalie and Mike made up. Maybe she got a visitor visa and came over to visit him? But, it’s a very good indication they film because the cameras are there with them. Tipsters sent their photos to the spoiler account on Instagram, @fraudedbytlc. Somewhat of a guru these days, the admin captioned it with, “Spotted! Film crew filming Mike in Seattle at Pike Place Market. (Cameraman far left of pic)” Then,  they thanked their informant who also confirmed they were totally certain it was Mike and Natalie. And, the film crew were with them.

Naturally, 90 Day Fiance followers chipped in their thoughts on the couple being filmed. One said, ” 🕵️‍♀️ Natalie! She was wearing those boots in the last few episodes.”

Plus, another noted, “Wow. So she came to America. They will be on next season?”

Well, it seems very likely they film for one reason or another. Filming’s expensive and Sharp Productions don’t waste money if they can help it. Bear in mind, they never stationed a permanent crew with Jenny and Sumit India because of costs.

What do you think about the spoilers that emerged about Natalie and Mike filming? Are you happy we may see them again on a future show? Sound off your thoughts in the comments below.