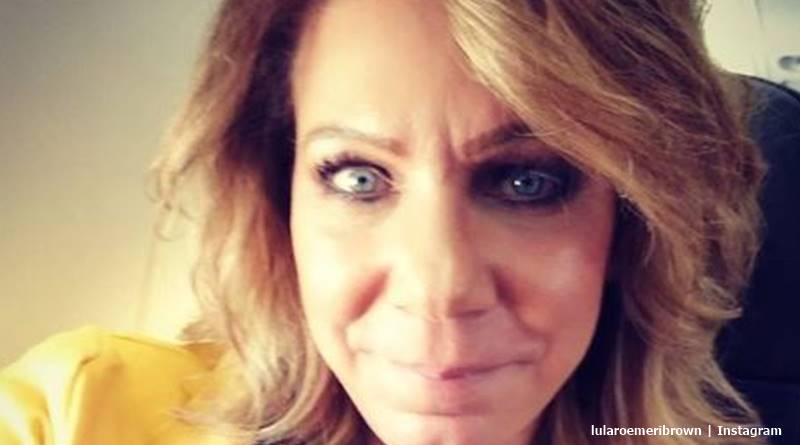 Sister Wives star Meri Brown got a special treat on her birthday. Fans know she really enjoys the company of Mariah’s fiance, Audrey Kriss. And, she loves getting together with her daughter Mariah. So, when she celebrated her birthday this year the 49-year-old TLC star told her fans about it.

TV Shows Ace reported that Meri Brown keeps herself very busy these days. Her LuLaRoe business involves a lot of her time, and sometimes she heads off on cruises to enjoy herself. Plus, her Lizzie’s Heritage Inn keeps her on her toes.  Often, she wakes up really early and then gets her workout done. On occasion, by 7.00 a.m she’s well into her day. So, on her birthday, hopefully, she got some downtime.

Meri took to her Instagram to talk about her birthday. Sitting in a diner with Mariah and Audrey, they certainly looked like they enjoyed themselves. She captioned her post with, “Perfect birthday day with my girls! Living in Chicago, they miss @caferio and I’m a super fan of it, so it’s a win win!! 🎉🎉🎉.” Plus, she used the hashtag #MyGirls.” Naturally, many Sister Wives fans sent in their congratulations. One said, “Happy Birthday Meri!!!! Wishing you the best today and always…🎂♥️🎁.”

Meri still happy to be a sister wife

Meri actually looks very happy on her social media, a far cry from the TLC version in the TV show. On her Instagram, InTouch Weekly noted that on January 11, she reaffirmed that she’s a “wife for life.” Actually, while many fans think Meri should get out of polygamy life, she seems determined that’s not going to happen. Fans often suggest with Mariah out the nest, and her own business to run, she should just leave Kody.

In the current season, fans see Meri unhappy. Actually many people who watch Sister Wives complain because the other wives wouldn’t help Meri with a place to stay. Then, they saw her return from Vegas to Flagstaff and they got reluctant to even help her move in. Once more in the current season, fans urge her to leave. But, Meri loves the kids in the large family. Mariah might be her blood daughter, but she loves hanging out with Robyn’s kids as well.

Mariah and Audrey – part of her huge family

Audrey and Mariah get along so well with Meri. It’s really nice to see them hang together on Meri’s birthday. After all, when Mariah came out, Meri got a bit shocked. Now well over it, they moved on. And, Sister Wives fans also saw Mariah upset about her mom getting catfished. But, once again, they moved on and seem in a really good place.

Whatever Meri decides to do with the family, really is her business, some loyal fans think. Maybe people shouldn’t take everything they see on the TV screen as “reality.” What do you think? Are you happy for Meri that she made her decision to be a “wife for life?” Are you pleased that these days, she and Mariah get along so well? It looked like a fun-filled birthday meetup. Sound off your thoughts in the comments below.

Ken Burns, Henry Louis Gates Jr. More Read For My People by Natasha Trethewey for ‘PBS American Portrait’
RHOA’s Porsha Williams Responds To Fans Attacking Her Family Over Emotional Scene
‘When Calls The Heart’ Season 8: We Will See Elizabeth Move On With Her Romantic Life
Wait, Why Isn’t ‘Shameless’ On This Weekend? [Jan 17, 2021]
Some ‘Sister Wives’ Fans Disgusted By Treatment Of Christine Brown