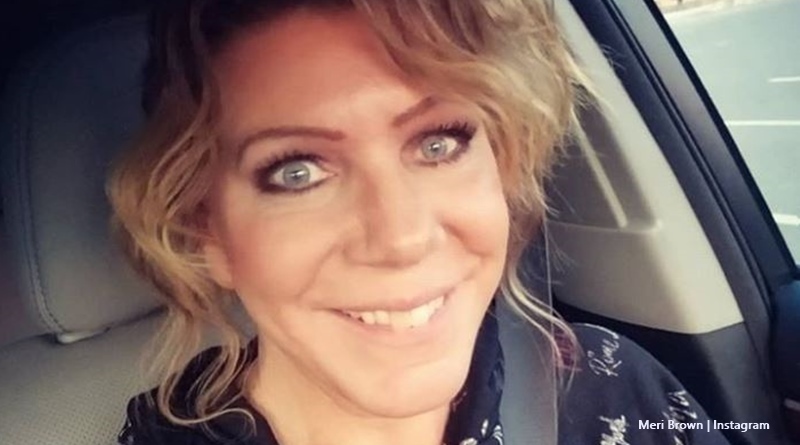 Sister Wives fans know that Meri Brown keeps herself very busy with LuLaRoe and her Lizzie’s Heritage Inn. Plus, she films with TLC for the family show. But, she obviously manages her time quite well, as she also gets away now and then for road trips with her friend, Blair Struble. But, she’s an early bird these days, often awake by 4 a.m.

Meri Brown often mentions that sometimes she wakes up very early. Maybe her busy schedule with Lizzie’s Heritage Inn, LuLaRoe, and filming, overstimulates her. Or, travel interferes with her sleep routines. TV Shows Ace reported she just went to Oregon to enjoy Blair’s Christmas party. Next, she ended up Christmas shopping in Phoenix. Busy, busy Meri!

Popculture noted this all came just days after the Sister Wives star shared about being at Lizzie’s Heritage in Utah. There, she celebrated the second anniversary of its inauguration. Then, over on her LuLaRoe account on Instagram, she replies to many questions from potential shoppers. Plus, she explains why LuLaRoe works for her, saying “get out what you put in,” for any success. And, one thing she does to achieve that, is get going when she wakes up early.

On Saturday, Meri shared a photo of her looking very self-satisfied. She captioned it with, “7 am, workout complete, and now a full day of Christmas prep! It’s a good day! 🎄🎄🎄.” Fans wondered how she got to workout so early. And, another mentioned her “drive.” But Meri explained, “I don’t know if I would call it drive per se, more like I was up at 4 again and figured I may as well be productive… 🤣🥴”

Actually, Meri’s not alone in being the early bird. A surprising number of Sister Wives fans also commented they get up in the wee hours. Some of the actually beat her to it. Meri felt that one who starts their day at 2 a.m seemed over the top. She said, “Oh wow! 2:30 is still pretty much the middle of the night… 😊”

Meri motivates other fans to work out

Meri’s early morning workout motivated some of her fans. One of them wrote, “Seeing this post motivated me to workout. It was the 1st time in months!” Meri replied, saying, “Haha you’re welcome! 😊 Merry Christmas friend!” Another Sister Wives fan said, “I need to find that inspiration. I hit 50, my boys are all growing up and moving on. I am losing my place in life and getting out of shape. Well i have a shape if round is one. Lol. I need to find ME. Thank you for sharing. ❤️”

What do you think about Meri Brown being such an early bird these days? Did her workout by 7 a.m. motivate you to get back into it? Sound off your thoughts in the comments below.

‘My 600 Lb Life’ Milla Clark: Where Is She Now And How Is She Doing?
Lindsie Chrisley Spills: Will She Return To ‘Chrisley Knows Best’?!
Khloe Kardashian Claps Back Once Again Over Plastic Bottle Controversy
OMG!!! Kody Brown’s Latest Action Has ‘Sister Wives’ Fans STUNNED
‘Counting On’ Ivy Seewald Does Her Own Makeup – See Jessa’s Reaction