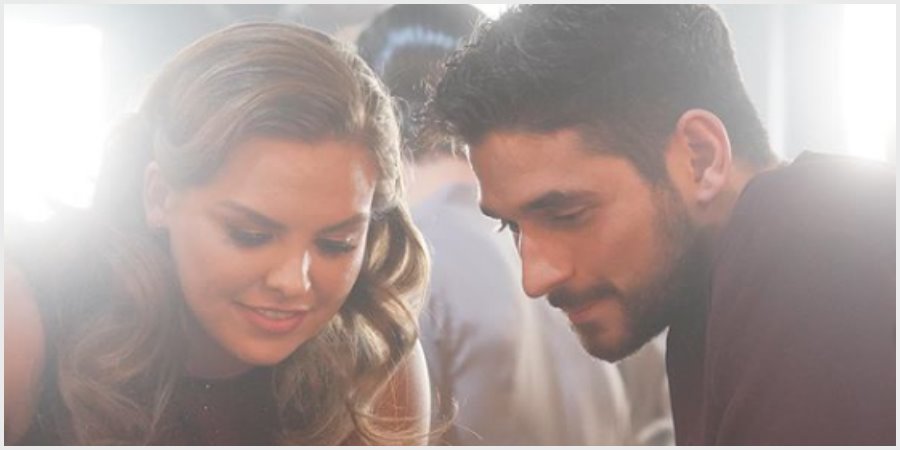 There’s one question fans of The Bachelor want to know after that dramatic premiere. It is, will Hannah Brown be sticking around. Last episode we were left with a cliffhanger where Hannah cried and Peter Weber asked her to maybe stay. This all happened while the contestants on the group date told intimate stories about themselves on stage. In a preview for next week it looks like the conversation continues.

When Hannah Brown showed up at the beginning and gave Peter his wings back fans thought that was it. Then, she showed up as the host of the most awkward group date ever. Now, fans want to know what’s going on. Is she going to go head to head with all the other contestants?

I definitely got in the holiday spirit hanging out with all the sweet supporters (and cookie tasters) at @beverlycenter this weekend! So thankful I got to meet you all and share holiday traditions. ❤️#beverlycenterpartner

Will Hannah Brown Be Sticking Around On The Bachelor?

In order to figure out if Hannah Brown is sticking around She Knows looked at what she’d said in the media. Hannah told media she was on the show during DWTS. She said, “I feel like if we put two and two together, like, I worked my a** off to win that Mirror Ball.” She said fans should do the math and watch the show. That was before the show aired its first episode.

She also said on her DWTS blog during that time which now fans know was after week 2, “I have a lot of mind-fog from the stuff emotionally that I haven’t had time to deal with, and it’s decided to come out this week.” She went on to say she was having trouble making decisions and now that makes a lot more sense.

What Do Other People Say About Her Return?

You can tell Hannah Brown is struggling to hold it together during the conversation with Peter. Chris Harrison has talked about their relationship before. He said, “I think they did love each other very much on their season.” He also said he thought it was really hard for Hannah not to end up with him. Chris thinks the conversation was meant to be had.

Fans will be tuning in tonight to see if Hannah Brown really does stick around. While the trailer makes them think it might be a possibility, they can be edited to change expectations. If Hannah Brown truly does move into the house, this could be the most dramatic season of The Bachelor ever. The show airs every Monday night 8 PM Eastern.