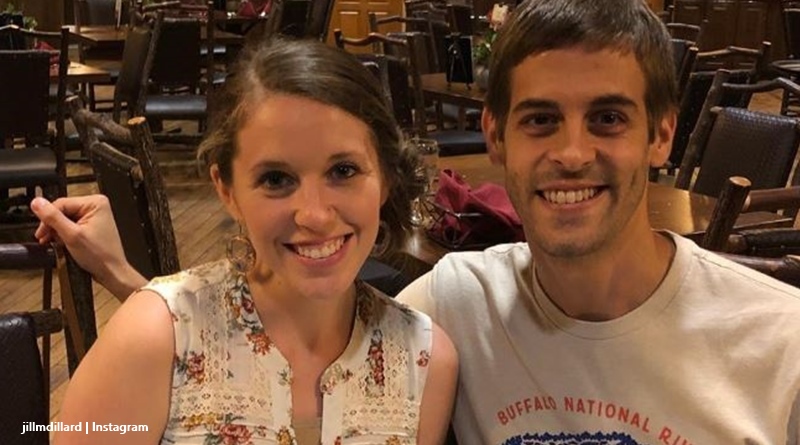 Duggar fans recently heard that Derick Dillard spilled lots of interesting tea about the Counting On show.  All sorts of things arose. And, he even claimed Jill can’t get over to the big house without Jim Bob’s say-so. Perhaps, because he’s busy spilling things, fans interest reawakens. They resurrected the question about them possibly drinking alcohol. It comes nearly two years after Derick talked about it on Twitter.

After Derick allegedly got fired by TLC for saying homophobic things about Jazz, many fans trolled on him. In fact, he couldn’t say much about anything at all without getting hate. Jill and Derick still get trolled on, but these days it seems far less than in the aftermath of them leaving the show. But, as news comes out about Derick becoming more open with followers, interest arises again. He still maintains he never got fired and that he quit.

TV Shows Ace reported that he spilled loads of information about contracts. Derick claimed that TLC tried to force Jill to film. He thought it wrong because she was an “abuse victim.” He claims they never got paid and thought the show was part of a ministry. Plus, fans noted they never spent Christmas at the Duggar house. Derick insinuated that’s because they are no longer featured in the show. Derick even noted that Jill couldn’t be shown in Counting On‘s coverage of grandmother Mary’s funeral.

All the tea coming out might have sparked a recent conversation on Reddit. Over there, @u/BrightnessRadiant reawakened the debate about Derick and Jill drinking. They titled it, “What are the chances Jill & Derick drink (or will in the near future)?” The caption then read, “I don’t think they have yet, but as they pull away from the Duggars more and more, do you think they will? Jill’s new ~BeSt fRiEnD~ is a self proclaimed wine lover. How long until she’s buying a #winemom sweatshirt?”

Some followers suggested they might drink quietly. One community member said, “I honestly wouldn’t be shocked if she has a glass here or there, or if Derrick has a beer when he’s at a friends place. I just think they definitely wont broadcast it in an effort to not look “bad” to the public or maybe even to the Duggar family.” But others noted Derick already hinted about drinking on Twitter. That tweet came 18 months ago in answer to a fan’s question.

In July 2018, a fan asked Derick, “If Jesus 1st miracle was turning water into wine, why are you not allowed to drink alcohol responsibly? This has never made sense to me.” Derick responded with, “Where did you read that? I don’t think we’ve ever said that.” Well, that’s not a total denial, anyway. But he later tempered it with, “we don’t believe the Bible teaches that drinking is a sin. However, it does warn against/ condemn other aspects of alcohol.” It’s possible that even if they do drink a bit at home, he’s not telling.

Where did you read that? I don’t think we’ve ever said that.

Cheatsheet pointed out that “Dillard and Duggar are technically allowed to drink, should they choose.” This holds true because, in their religion, the man makes the decisions.  But, they noted, “It doesn’t mean Duggar’s parents would condone it.” What do you think about the questions on Derick and Jill Dillard drinking re-arising 18 months after Derick last discussed it on Twitter? Do you think Derick’s sparking more conversations since he stared spilling so much tea? Sound off your thoughts in the comments below.