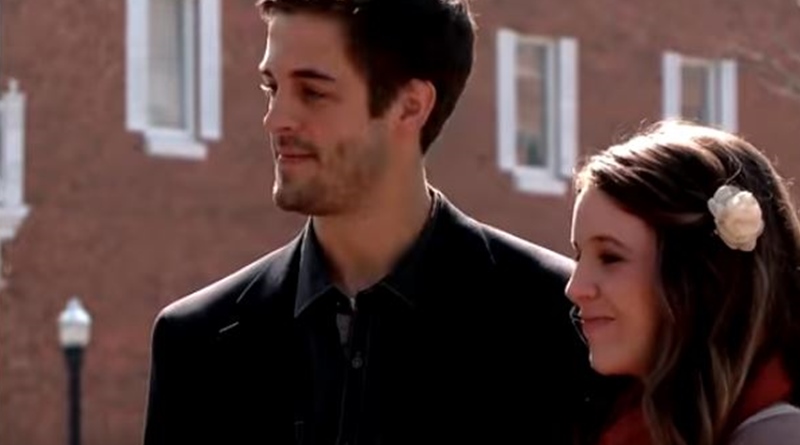 Duggar family rifts seemingly emerge via Derick Dillard’s Instagram. Since December 28, when he shared a Christmas photo of the family, he answered plenty of questions. Lots of tea about Jim Bob and TLC was spilled. Plus, the news broke that Jill can’t visit the Duggar home without Jim Bob’s permission. Now, some people wonder if she made it to the funeral for grandmother Mary.

TV Shows Ace reported that Derick hinted they didn’t spend Christmas with the Duggar family as they’re not on the TLC show. Back then speculation arose that perhaps TLC could just edit any scenes that showed Jill. Some fans noted that happened with Josh Duggar in the past.

But more tea came from Derick. We also noted that he said, “we’re not allowed at the house when JB isn’t there.” Then he said that Jill [even asks] JB permission to go over to the house.” He talked about when her sister gave birth. Now, speculation arose as to whether Jill even attended Grandmother Mary’s funeral.

Katie of Without A Crystal Ball on YouTube discussed that this week with her followers. Taking the questions and answers from Derick’s still active post, she pointed out a lack of clarity. That arose when a fan asked, “Never see you, Jill or the kids in any episodes. Not even the heart-wrenching episode of grandmother Duggar’s death.” Derick answered a bit vaguely, leaving fans wondering about Jill and the funeral.

Jill and the funeral attendance questioned

Derick’s vague reply read, “not our fault. TLC cut out any family that they don’t want viewers to see in attendance. It wasn’t in the script for us or the Kings to be there.” That could be taken as they weren’t in the script so they were not allowed there. Or, it could mean they went to the funeral, but TLC edited them out and made them stay in the background.  Katie asked, “So, were you there or were you not there?”

Derick then noted that “the show is only about what TLC wants it to be about.” He explained that if they don’t want the “viewers” to see certain things about the Duggar family, they make changes. He added, “they’ll just edit it out or create their own storyline.” Derick ended by saying that TLC shows only what they “want viewers to see.” That suggests that Jill might have been there, and just edited out of the show’s finale.

Jill Dillard posts about the funeral

People reported that back in June last year, Jill shared about the funeral with pictures and a short clip. Her caption described it as a, “Very hard, yet beautiful day.” Plus, she described a “lovely service” that honored her “grandmother.” She noted the service really showed how “Mary Grandma loved…Jesus Christ!” Then she thanked the family and “friends who came together.”

Yesterday was a very hard, yet beautiful day. The service was lovely and very honoring to my Grandma and the one she loved more than anyone or anything else, Jesus Christ! 🌸 So many family members and friends came together and organized, supported and remembered the amazing woman she was! 💐And thanks to all y’all for the kind words and prayers too! 🌺🌱 . . 🌦It started raining right before the graveside service and then there was a beautiful rainbow…”a sign of God’s faithfulness”, as Grandma would always say! 🌈 ☔️ (Thanks Laura and Lauren for some of these pics!) . . 💞We’ll see you in heaven, Grandma! I know you’re enjoying your time with Jesus before the rest of us arrive! 🌤

So, it certainly sounds like Jill was there. She isn’t featured in any of the photos on the post. But it’s telling that one shot was from a distance. It’s almost as if she stood back while the crew filmed. What do you think? Was Jill Dillard at the funeral and edited out? Or, were the Dillards banned from even attending? Sound off your thoughts in the comments below.