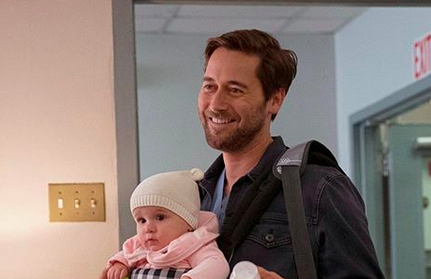 On Instagram, on NBC’s New Amsterdam account, they posted an announcement about the show’s renewal. They wrote, “Putting the Dam in #NewAmsterdam. We’ve been renewed for 3 more seasons!”

Right now, the show is only on its second season. So, after this renewal, there will be a total of five seasons.

Even with just one season completed and another halfway done, it’s been a big hit so far. On average, it has had 10 million viewers. It airs after This Is Us, which may have given it some extra popularity.

So far, the show has been action-packed and keeps fans interested. It’s likely that viewers will continue to watch for the next three seasons.

Fans of New Amsterdam were thrilled to hear the news that it is continuing. In response to the Instagram post, here’s what fans are saying:

In the comments section, one fan also jokes about Grey’s Anatomy and says, “Thank you for not murdering main characters like Greys!! Best hospital show ever. ❤️❤️” Of course, there’s a chance that something will happen to a main character. Only time will tell.

What’s next for New Amsterdam?

The show is unpredictable. It is filled with all kinds of surprises and twists. So, it’s hard to know what is going to happen.

There’s still a little bit of Season 2 to be aired. Montgomery commented on what could happen in the next couple of months as Season 2 airs. She said, “[She] had an episode where she spoke about her upbringing and I do think that there may possibly be one of them entering the show at some point — you didn’t hear it from me!” Her character’s family members might be a part of the current season.

On NBC, there is a break for a couple of months. This splits the seasons of shows like New Amsterdam and This Is Us into two parts.

If you’ve been waiting for your favorite NBC shows to return, you’re in luck! Both New Amsterdam and This Is Us return to NBC this Tuesday, January 14.

What do you think of this news? Will you be watching the next three seasons of the show? Leave a comment below!