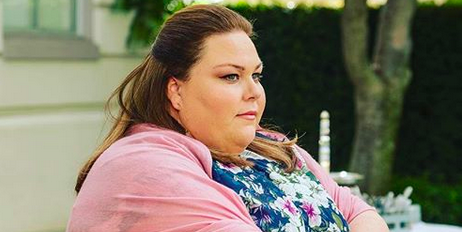 This Is Us has been a hit on NBC. The show’s success can be attributed to the talented cast. Some of the talent comes from Chrissy Metz (Kate Pearson), Mandy Moore (Rebecca Pearson), Justin Hartley (Kevin Pearson), Milo Ventimiglia (Jack Pearson), and Sterling K. Brown (Randall Pearson). Jennifer Morrison also joined the cast recently. The show has has a powerful impact on its audience. But, it has also changed one of its actresses.

Us mentally preparing for whatever is going down on August 31, 2020. #ThisIsUs

Chrissy Metz says the show has changed her as a person

On Saturday, Chrissy appeared at the Television Critics Association. She was asked how being on This Is Us had changed her life. And, Justin Hartley was quick to answer the question for her. He said that Chrissy had bought a Tesla.

Of course, Chrissy wanted her own chance to talk about the show’s impact on her life. She said, that she loved being able “to portray a character that is so important not only to a television network but to life. (We’ve) never seen a plus-sized woman and her highs and lows and in between, fertility issues and trying to conceive.” She sees it as a unique opportunity and feels lucky to get to portray Kate’s life.

Then, she continued, “I never thought I would ever have the ability to do (such a role) and I get to do this in a raw, scary, sometimes what-am-I-doing, can-I-do-this way. It’s changed me as a person, as a daughter, as a friend.”

On This Is Us, Kate has been through a lot. She’s gotten married. She went after a career in music. She had a miscarriage. Then, she had to work through her fertility issues. Finally, she was able to conceive. So, now on the show, she’s dealing with motherhood, marriage, and everything that goes along with those things.

One of the things that fans love so much about the show is that it’s realistic. It’s honest. In the show, there’s a lot of truth in how Kate manages her health and weight loss. This creates a real connection for viewers.

When does This Is Us return to NBC?

Fans of the show know that it takes a break halfway through the season. The most recent episode aired on NBC on November 19. So, fans haven’t been able to watch the show for a little while.

Now, the break is almost over. The season resumes on Tuesday, January 14 at 9 PM.

Things are looking up because it's finally #ThisIsUs week. 💛

The show is currently on its fourth season, and there will be a total of six seasons. With its success, there’s a chance it could be renewed again. The producers seem to plan on wrapping things up in the sixth season though.

Do you appreciate the honesty in Chrissy Metz’s character, Kate? Are you going to be watching This Is Us when it resumes on Tuesday? Leave a comment below.