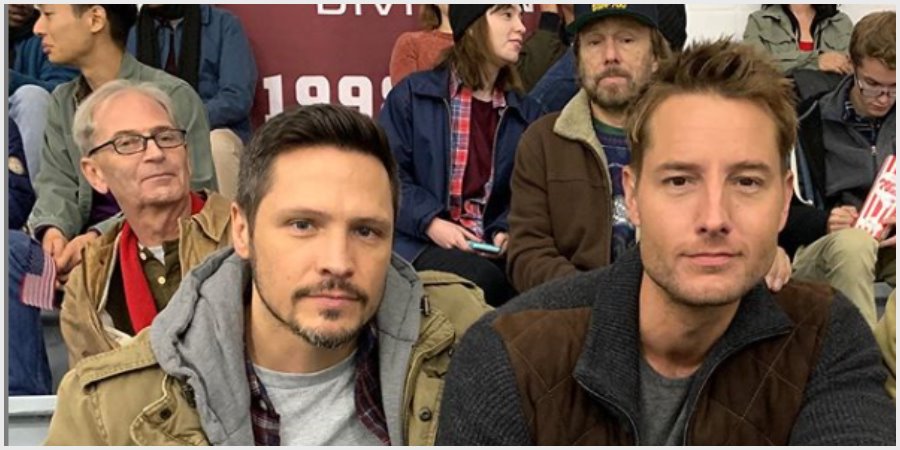 Justin Hartley says self-care is the way to go. He opened up to the media while doing press for This Is Us. He is currently going through a separation from his wife Chrishell Stause. The television star seemed in great spirits at the winter Television Critics Association press tour.

He told the reporters, “I’m doing great.” It didn’t seem he minded talking about his personal life a bit. He went over some of the things going on for his character. Justin said, “Kevin is in a position where he’s in flux a little bit and he’s trying to find his way again.” Some fans wonder if this could apply to his real life as well.

Justin Hartley was the one who filed for divorce and multiple reports said she was devastated. According to ET Online Strause thought they were going to work on it. A source said she felt ready to put in the work to save her marriage, but Justin just gave up on them. On her paperwork she listed their separation as November while he listed it as July.

A source said, “Justin loves Chrishell, but people close to the couple feel he’s choosing is career path over their marriage.” This Is Us has been a very popular show and the source said getting his big break in Hollywood has changed him.

Only the couple knows what is really going on in their marriage. His comments about his character are interesting because it’s the opposite of his life. He said Kevin is saying, “I think what he’s saying was, it’s time to grow up and move on. And actually realize, I want a family. I want someone in my life to share life experiences with, to tell stories to.”

What’s He Been Doing To Stay Positive?

Justin Hartley is finding ways to stay positive during this trying time in his personal life. When it comes to self care, he’s a bit of an expert. He said, “I got into that a long time ago actually, self-care. It’s good to do, right.” Hartley goes on to say life is really hectic and you have to slow down and appreciate everything. He said you have to check in with yourself and make sure you’re okay.

Justin Hartley seems to have it figured out when it comes to taking care of himself. He suggests, “surrounding yourself with good people,” as an important life mantra.

Too Much Heat? Lindsie Chrisley Takes A Break From Social Media
‘Deadliest Catch’ Exclusive: Harley Davidson Helps the F/V Cornelia Marie Out Of A Jam
Why Did Cody, Abigail’s Son, Visit The ‘When Calls The Heart’ Set?
‘Autopsy: The Last Hours Of Dean Martin’ Where To Watch, What To Expect
OMG!!! Is Hazel Busby Of ‘OutDaughtered’ Possessed?!