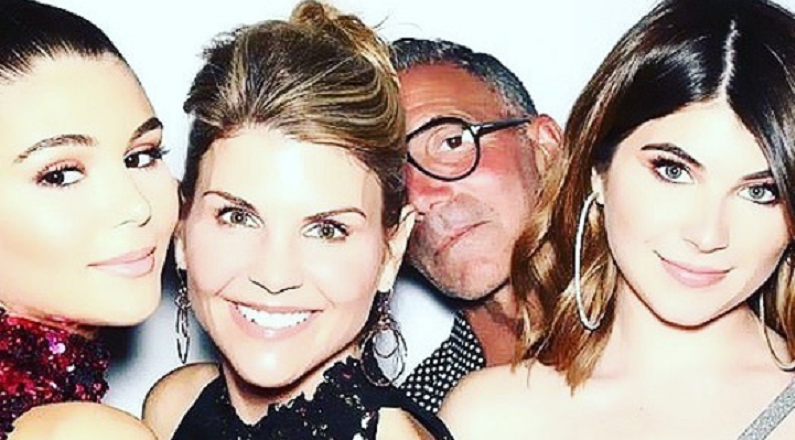 Lori Loughlin is preparing for prison despite what her family thinks. She’s expecting to spend as much as 60 years in prison. As TV Shows Ace reported, she’s been anxious over it.

Fellow actress Felicity Huffman was sentence for 14 days and only served 11. However, their situations couldn’t be any more different. Huffman’s charges were less severe because she immediately accepted the plea deal. Loughlin still hasn’t pleaded guilty.

The Fuller House star want to be better prepared for the upcoming trial. Us Weekly reported that Loughlin has “hired a prison consultant on the advice of one of her lawyers.” But her husband, Mossimo Giannulli,”wasn’t happy” to hear this news. Loughlin reportedly wants to “keep her options open” when it comes to her sentencing.

The source told the outlet that she wants to be emotionally prepared for what’s going to happen. She also wants to prove to people that she’s been taking this case “very, very seriously.” The actress has been criticized for the way she’s been handling this situation. The photos of Loughlin smiling and signing autographs has left a bad taste in some people’s mouths.

An ex-con who worked with one of the prison consultants told Insider that Loughlin will have to learn how to “be humble” amid her trial. She may finally take her lawyer’s advice that preparing for prison will send a message that she’s not taking this situation as a joke.

Abby Lee Miller has a different opinion on this matter. She feels that hiring prison consultants is a waste of time, money and effort, according to reports. As reported via TooFab, Miller felt that prison experts are “full of crap.”

The Dance Moms star spent eight months in prison for bankruptcy fraud back in 2017. During that time, she worked with two prison consultants and revealed that “neither one of them knew anything what they were talking about.” Miller feels they’re going to ask Loughlin “what it’s like to work with John Stamos, and is he that hot in person; they’re going to want to know about the twins.” If this is true, then the actress could get little to no help with her case.

Loughlin isn’t just mentally preparing herself. She’s also physically preparing herself through martial arts training. Some would say that this “horrible” idea could land her in more trouble in jail, according to a prison coach who spoke to the Herald, via CorrectionsOne.com. To prepare herself for her potential jail time, Loughlin wants to learn how to survive behind bars.

That includes martial arts tutoring and tai chi. She’s also learning common jail etiquette, such as avoiding looking at the other inmates directly in the eyes and learning the common prison slang. Michael Frantz, director of Jail Time Consulting, confirmed this news and explained why it’s a bad idea.

“She does have a prison coach and she’s getting horrible advice,” Frantz said. “If found guilty, she’s going to a federal prison camp and there won’t be anyone there beating her up.”

He feels that “bulking up” for prison is a terrible idea. Instead, Loughlin should be focused on not sitting in the wrong chair in the TV room to what to eat at the commissary. He also advised that she should also learn how to work with the federal prison system so she can get out early. It appears that she’s preparing for her 60-year prison sentence.

Loughlin and Giannulli are accused of paying $500,000 to college admission scandals mastermind Rick Singer for their two daughters’ admission to the University of Southern California. The long list of charges includes fraud and money laundering. Both have pleaded not guilty to the charges. The couple’s case is expected to happen this year, with the series of hearings taking place in federal court in Boston next month.

What are your thoughts on Lori Loughlin preparing for prison? Do you think it’s the right idea? Sound off below in the comments section.