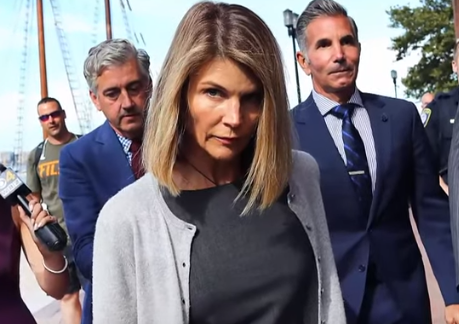 The legal ramifications of the college admissions scandal is taking its toll on Lori Loughlin.  Loughlin is terrified, trying to keep a happy face through everything is causing her to have anxiety through the roof.

Lori Loughlin Is Sticking To Her Story, She Is Not Guilty

Felicity Huffman, a fellow actress has been sentenced to 14 days in prison and was fined $30,000 for similar charges. In court, Huffman had been pleading guilty to paying an SAT proctor $15,000 to fix questions that her daughter, Sophia, answered incorrectly. Loughlin and her husband, Mossimo Giannuli, pleaded not guilty to charges of bribing the University of Southern California to gain admission for their daughters Olivia and Bella. Allegedly, they paid $500,000 in bribes for admittance for their daughters as recruits for the crew team, without ever having had participated in the sport. Many questions have been brought up regarding the severity of their sentences.

According to Yahoo, this scandal has been the biggest of Lori’s life, she never imagined she could face jail time. The scandal has affected every aspect of her life.

Although, the ordeal has brought the family closer together as they try to weather the storm of media regarding their legal troubles.

It started with Olivia cutting ties with her mother but has now been completely turned around. The sisters have come together because they believe their mother only wanted what was best for them. Now, they are much closer than they have ever been. When the news first came out, Lori said it felt like her family life imploded. Now they have all joined together, they are there for each other.

The Family Is Trying To Remain Positive, They Have Hopes This Will Pass Calmly

Lori Loughlin has been trying to stay positive, reminding herself that she’s a good person and she didn’t mean any harm. She feels she made the right decision to share an attorney with her husband and not take a plea deal. The judge allowed the couple to share attorneys at their court appearance in August.

Lawyer Rachel Stockman stated previously, “It’s probably the smartest strategy they have yet because jurors would have to believe both of them are lying.” Loughlin has hope that once the judge hears her story, they will drop the charges. Although it’s hard not to second guess everything, her friends have remained optimistic for her. She has had many sleepless nights at this time.

Lori Loughlin and her husband are sticking with their story, Rick Singer scammed them. Singer is the alleged mastermind behind the scandal. They have always claimed that the money was for a charity through the school. Apparently they never felt they were breaking the law.

It’s been said they are ready for answers and to stop living under a dark cloud, the family is ready to move on with their lives.