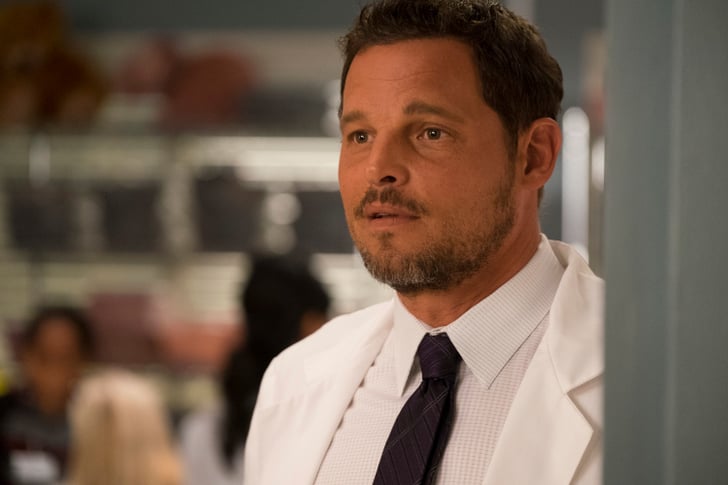 Deadline broke the news on Friday that Grey’s Anatomy original Justin Chambers is leaving his role as Alex Karev after fifteen years.

While this news seemingly has come out of nowhere, Chambers explained to Deadline his reasoning for the departure:

“There’s no good time to say goodbye to a show and character that’s defined so much of my life for the past 15 years. For some time now, however, I have hoped to diversify my acting roles and career choices. And, as I turn 50 and am blessed with my remarkable, supportive wife and five wonderful children, now is that time.”

As of Season 16, Chambers was one of four original characters still featured on the hit medical drama alongside Ellen Pompeo, Chandra Wilson and James Pickens, Jr. Grey’s fans have watched Karev go from one of the most hated characters in the beginning to an absolute fan-favorite. So, what happens now?

Chambers last appeared as Dr. Karev on Nov. 14th during the historic 350th episode of Grey’s Anatomy. Karev was notably absent from the fall finale as he was away taking care of his mother, which could easily be a catalyst for his goodbye.

TVLine is reporting that Karev’s final episode already aired. This is absolutely devastating if true. Grey’s fans can only hope that Karev gets a proper farewell after over fifteen years of being one of the show’s major characters.

What happens with Jo?

Alex Karev can’t just ride off into the sunset without the writers addressing what happens with his wife, Jo Karev, who still works at Grey Sloan. Karev is currently serving as the head honcho at Pac-North, which could open up a storyline for his exit from Seattle. But Jo recently started a fellowship at Grey Sloan and has become a key figure at the hospital. She’s also been featured in a number of important storylines, so it would be a huge loss if she were to leave too.

Who will be Meredith’s person?

Karev became Meredith’s “person” by default after Cristina Yang exited at the conclusion of Season 10. With Karev leaving, this means that all of the original “fab five” interns are gone except Dr. Grey! Meredith has been through so much when it comes to losing the people she loves. Losing Karev will be another devastating blow, but who could fill those shoes?

Shameless alum Richard Flood recently joined the Grey’s cast in the fall finale, so it looks like he’ll be keeping her attention for the time being.

Will Karev be killed off?

Grey’s Anatomy is notorious for killing major characters off. If Karev’s final episode did in fact air, there’s a real fear that Karev may be getting killed off the show in the second half of 2020. As sad as it would be, the death would open a number of storylines for Jo, Meredith and the rest of the Grey Sloan docs.

Justin Chambers leaving Grey’s Anatomy is about to change everything. While it’s understandable why he wants to move on, things may never be the same.

Tune into Grey’s Anatomy‘s midseason premiere on Thursday, Jan. 23rd at 9 pm ET to find out how exactly Alex Karev will be written off.