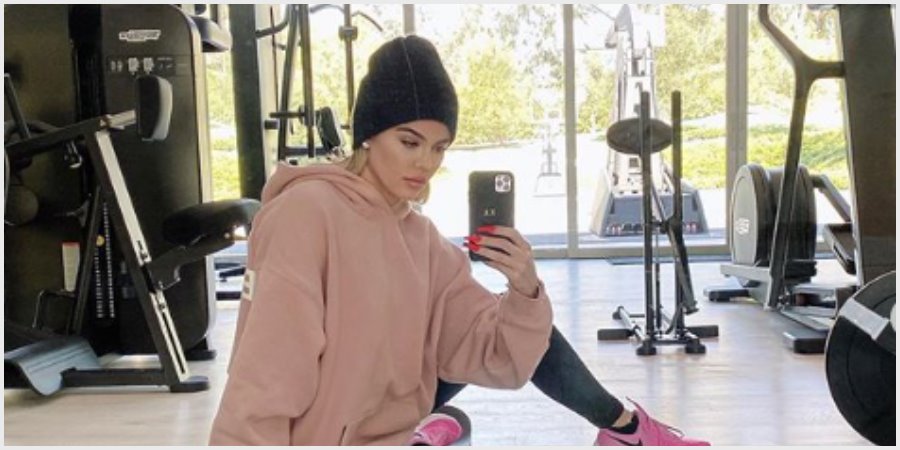 Nothing gets the conversation on Twitter going like a Kardashian doing something controversial. The same is true of the latest Khloe Kardashian chatter. People are dragging the reality star for promoting harmful weight loss products.

This is nothing new for the Kardashian family. They’ve been dragged for promoting appetite suppressants and meal replacement products before. When Khloe shared a post for a weight loss product this time, it was a little different.

Why Are Fans Debating What Khloe Kardashian Said?

Khloe Kardashian posted a picture of herself at the gym with Flat Tummy Co. shakes. She said she’s posted with them in the past. Kardashian said, “yes, I also use a personal trainer and nutritionist, but these shakes work to get your tummy back to flat.”

Fans were skeptical and a little confused according to Buzz Feed. One follower posted, “nothing adds up…. how can u even tell it’s the shakes, when it’s probs the trainer and nutritionist anyway.” The user went on to ask Khloe to tell them what her results are after only using the shakes. Another said, “if you have a nutritionist and a personal trainer what do these shakes add?”

Jameela Jamil from The Good Place previously called Khloe out for the same type of posts. She’s been an advocate for body positivity and had no trouble calling the Kardashians, “terrible and toxic influences on young women.” She said the post was irresponsible of Khloe and she most likely had a nutritionist and personal trainer, which might have prompted Khloe’s post. She said the media and industry did this to Kardashian and, “fat shamed her into a prison of self critique.”

Others Were A Lot More Critical About It

Some Instagram followers were even angrier at Khloe Kardashian for the posts. One follower said, “How do you feel about contributing to eating disorder culture? What about the girls crying in their bathrooms with diarrhea because of these products? The people in hospital due to dehydration using these products?”

Someone else said, “all this is, is a laxative. Promoting these products is disguating. They are so unhealthy.” The comments went on and on with critiism on Twitter and Instagram. Khloe hasn’t addressed the comments but she did share some pictures before the promoted one about taking baby steps in the gym. She may just ignore what everyone has to say.

Don’t miss new episodes of Keeping Up With the Kardashians on Sundays on E!.