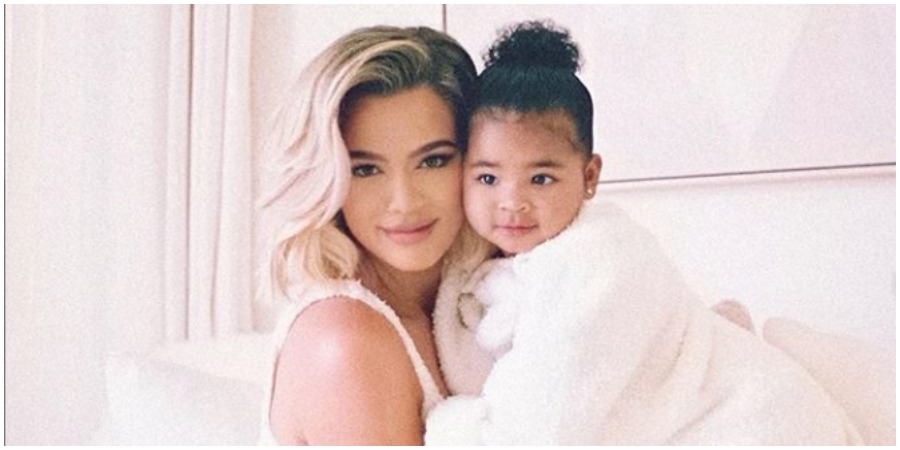 Khloe Kardashian was quick to come to the defense of the animals in Australia who have been hurt by the wildfires. She said the world needed to wake up and save the animals. A fan made a point to respond with a picture of her Halloween costume as Cruella De Vil. In the picture Khloe posed in a fur stole and outfit with her daughter and several Dalmatians. The fan said she killed animals for her outfit and wanted to know how that was different.

The fan said, “It’s sad when animals are killed by fire. It’s much better that they’re skin is ripped off their bodies for nothing other than your vanity.” Khloe posted she had not been wearing real fur in a now deleted reply.

Beast mode!! It’s a life style! No need to wait until the new year. Baby steps everyday! Set small, realistic goals. Once you reach that goal, reward yourself! If you mess up, you have tomorrow to start again. It’s that simple. Don’t set goals that are unrealistic. In the end, that will only get you discouraged and possibly have you give up. Set small goals and praise yourself once you reach that goal. Then set another small goal. You got this!!! Slow and steady! It’s a lifestyle! 🐢🐢🐢

Khloe Kardashian Was Called Out By The Designer

According to The Daily Mail, Khloe was quick to defend herself against the poster. After the post of her in the costume Khloe Kardashian responded, “I am wearing a Halloween costume. It’s not real fur. But keep spreading your vile hate instead of focusing on real issues.”

The fan dug a bit and found the designer’s Instagram where he hashtagged what made up the ensemble. They included #foxponcho #mink #sheep among them. The designer also designated himself ‘furrier of the stars’ in another hashtag. The designer said, “khloekardashian came to me with this vision i knew it will not be an easy task but i am so glad that the final product came out perfect.” It’s unclear if the star didn’t pay attention to the post about her outfit or didn’t realize the designer had shared it. Khloe’s representation did not respond to media inquiry.

Khloe Had Been Vocal About Not Wearing Fur

Khloe Kardashian posed nude for PETA and was very vocal about being against wearing fur. She even wore a faux fur coat with the words f** yo fur on the back designed by Joyce Bonelli. She said she no longer supported PETA after they targeted her sister Kim who did wear fur to an event. In a statement she said, “We all need to practice what we preach. I will still continue to NOT wear fur, but I will no longer support PETA. Bullying and harassment is NEVER a solution.”

Fans are now calling her a hypocrite for being so against fur and then wearing it for her Halloween costume. They also are accusing her of lying to them since the picture from the designer proves the costume is allegedly real fur.

Carly Waddell Rushed To Hospital, Evan Bass By Her Side, What’s Going On?
WOW!! Looks Like Whitney Way Thore Has Lost Some Major Pounds
Julie Chrisley Dishes: Who Is Her Favorite Person To Cook With?
‘Siesta Key’ Season 4, Episode 5 Not On This Week & Here’s Why
‘Autopsy: The Last Hours Of Sonny Bono’: Release Date, How To Watch