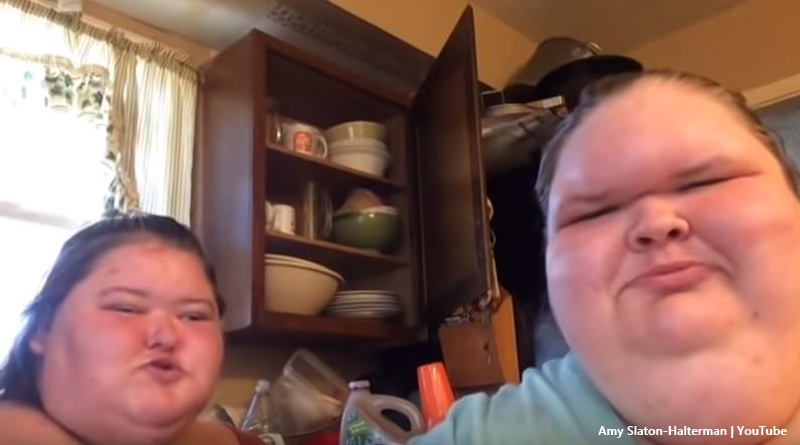 TV Shows Ace reported that My Big Fat Fabulous Life arrives on January 7. Whitney Way Thore introduces her new fiance Chase Severino to viewers. But, you don’t need to wait that long to see other people battling weight loss. The new show presents YouTubers, “Amy and Tammy Slaton,” Starcasm reports. Fans already watched much of their journey on YouTube. One video, which you can see below garnered nearly two-million views over the last five years.

TLC documents their newest challenge as the two sisters try and get their weight down for bariatric surgery. Hopefully, they show a lot more restraint than their marshmallow eating challenge. Many people who saw the sisters felt disgusted by their eating habits. But, that’s something TLC does so well. Just look at Dr. Pimple Popper if you want an example of a show that both fascinates and repels viewers. So, as the new show follows the new My-600-Lb Life on January 1, you’ll find plenty to turn your stomach in the New Year.

TLC popped up the trailer on Twitter for 1000-Lb Sisters. In their short synopsis, they wrote, “Sisters Amy and Tammy have an unbreakable bond. Now their weight loss journey could push them to the limit. Tune in to the series premiere of #1000lbSisters Wednesday, January 1 at 10/9c.” In the trailer, we hear them say that between the two of them they weight around “a thousand pounds.” Enormous, the girls who could be attractive, seem light-hearted about their weight.

But, obviously, it’s a hard and challenging struggle ahead for them. They seem to really enjoy putting things in their mouths and laugh and joke a lot. But, obviously, they can’t continue eating as they do. Their condition’s life-threatening. So, when fans commented on the trailer, they mostly expressed their hope that the journey’s successful. And, they’ll get the viewers as some people said they’re “here for it.”

Sisters Amy and Tammy have an unbreakable bond. Now their weight loss journey could push them to the limit. Tune in to the series premiere of #1000lbSisters Wednesday, January 1 at 10/9c. pic.twitter.com/vZjmezKvFs

Comments by fans on the new trailer

While many TLC fans really just think that amount of weight’s gross. Plenty of others hope they succeed. Here’s what some of them said about the 1000-Lb Sisters.

What do you think about TLC bringing us yet another show about morbid obesity and struggles with weight loss? Will you watch it? Sound of your thoughts in the comments below.