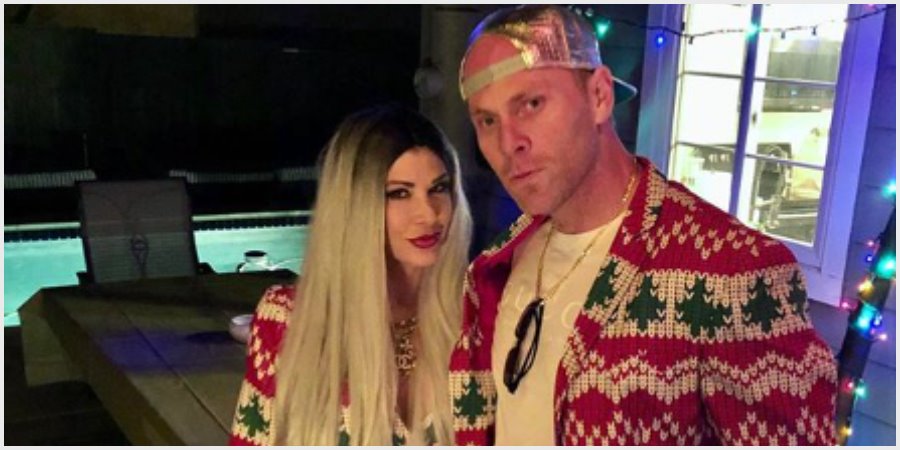 Worlds collide as Alexis Bellino from RHOC and Andy Bohn from Below Deck film a PDA heavy episode of the show. Bravo released a preview of the two making out on the yacht. Captain Lee tells the crew in the video that Alexis is celebrating her divorce.

After that there are several clips of Andy and Alexis making out all over the boat. Kate Chastain says, “ew, she’s doing fine.” Indeed, she is doing fine in the arms of her new love as they film an upcoming episode of the show. Bellino is no stranger to reality television and her appearance might even bring new fans to Below Deck.

Alexis Bellino Is Celebrating Her Divorce On The Valor

Alexis and her ex Jim Bellino separated after thirteen years together in 2018. Their divorce was finalized the same year. In an announcement they said, “it is with heavy hearts that we inform the public of our mutual decision to end our marriage — but it’s important to us that you know we made this choice together, with love, and as the best decision for our children’s future.” They continued saying they would have fifty-fifty custody of their children.
The couple was on the Real Housewives of Orange County starting in 2009. They remained cast members for four years. They share twin twelve-year-old girls Melania and Mackenna and a thirteen-year-old son James.

She Went Public With Her New Relationship In 2019

Alexis Bellino went public with her new man at the beginning of 2019 and is over the moon. She told US Weekly, “he’s actually my best friend, before anything else.” She noted they could talk for hours and tell each other everything. She admitted there were still growing pains with co-parenting, but they were better off not married.
Alexis said they were in a very unhealthy place when the divorce proceedings started. She said, “we were both really broken.” Jim started seeing someone new pretty quickly which caused some problems. They will keep it civil, because both want what is best for their children.

Alexis shared how blessed she was on an Instagram post with pictures of her children and Bohn. She said, “Boy has 2019 been a surprise in so many good ways! Can’t wait to see what 2020 has in store!” Fans can see the happy couple and all their PDA on the show Below Deck Monday nights at 8 PM on Bravo.