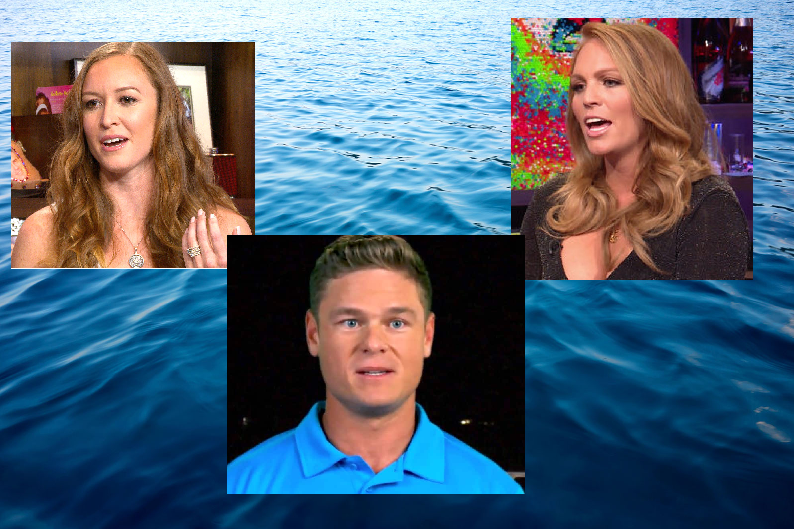 The Below Deck crew all have something to say about Ashton Pieenar. As TV Shows Ace reported, Captain Lee Rosbach was not happy with the bosun. He also revealed that he wasn’t happy with the way Kate Chastain left the boat in the middle of the night. He wished she would’ve informed him beforehand so he knew she was safe and sound.

He’s not the only one with an opinion. A former crew member is showing Pienaar some support. Meanwhile, Rhylee Gerber is opening up. It seems like everyone has an opinion when it comes to the drama surrounding Pienaar.

‘Below Deck’ alum defends Ashton Pienaar amid his van outburst

Ashton Pienaar’s drunken outburst towards Kate Chastain in the van has had everyone talking. Fans weighed in on the drama between the chief stew and the bosun. Even some of the former crew members are giving their input. Season 1 chief stew Adrienne Gang supported Pienaar, according to the Bravo blog. However, she hasn’t watched any of the new season since she’s been busy working.

But that didn’t stop her for showing Pienaar some support on Twitter on Tuesday, Dec. 31.

“Suffice to say, I think Ashton Pienaar is a great guy,” she wrote. “Not interested in anyone trying to change my mind.”

She then added that fans only see a small portion of what happens during the charter season. She followed up with another tweet, “I’m just a personal fan of Ashton. I feel like everyone makes mistakes when they drink. EVERYONE. So I stand by my support of Ashton.”

It doesn’t look like Gang is going to change her controversial stance anytime soon. Fans took to her tweet to tell her that she should’ve waited until she watched the show to give her opinion. Others feel that Gang just wants to gain relevance again.

Rhylee Gerber is sick of the “boys club”

This yachtie revealed that she’s tired of the sexism that takes place on deck. As the only woman in the deck crew this season, Gerber felt like her male deck crew members were purposely leaving her out. Even though Captain Lee agrees with her and has also called out the men for the way they acted, she feels like he’s a big part of the “boys club.”

In an interview with The Daily Dish podcast, Gerber explained what she meant about the “boys club.” She revealed that gender isn’t the problem. It’s the way that Pienaar displayed his authority throughout much of the charter season.

“What I have a problem with is people that… to me it’s not about rank,” Gerber explained. “OK, I understand there is rank. But just because you’re above me doesn’t mean you speak down to me. It doesn’t mean you can treat me disrespectfully… And so with this boys’ club feeling, I mean, last year I was left out of deck meetings.”

Gerber is not just blaming Pienaar for this problem. She wanted to call another member of this club.

“With Captain Lee addressing that, I just hope he realizes he’s a part of that boys’ club,” she added.

‘Below Deck’ fans want Rhylee Gerber to as bosun

This comes as Below Deck fans were split on Gerber’s return. Some were happy to see her, while others didn’t like her behavior. But most have since come around to Gerber’s return. They took notice of the condescending way that Pienaar speaks to her plus his infamous drunken van outburst.

Those Below Deck fans believe that Pienaar should be fired and that Gerber should take over his bosun position. What are your thoughts? Who’s side are you on? Sound off below in the comments section.