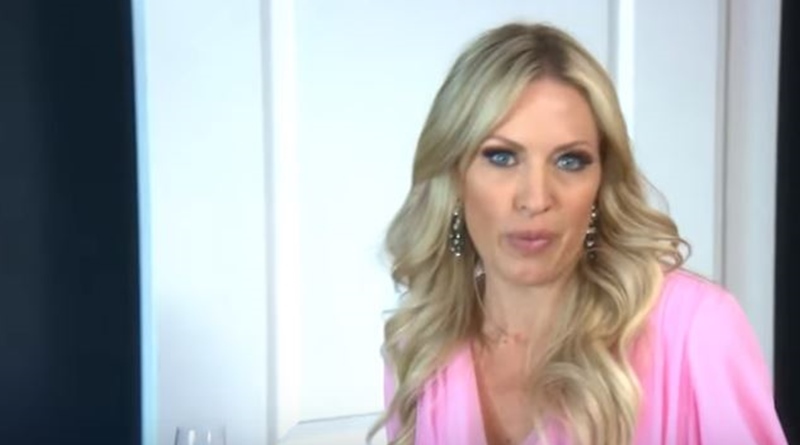 RHOC star Braunwyn Windham-Burke came onto the Bravo show described as very much a family person. Since then, she admitted she once cheated on her husband. Plus, fans know that Vicki Gunvalson became upset and angry over “inappropriate” making out on a television show. So, that tarnished her a little bit.  But she’s still all about family, and especially her daughter Rowan. Now, she gushed about her gifted daughter on Instagram.

Taking to her Instagram on Monday night, Rowan shared a picture of Rowan. Her long caption read, “Kid of the week! This is @rowanwindhamburke, she’s 17 but an old soul.” Braunwyn said that Rowan “taught herself to read at the age of 3.” Then she noted, she’s “one of the hardest working kids I know.” Her accomplishments include being a “classically trained dancer” who happens to have her “own dance wear line.”

Braunwyn noted that next year, Rowan’s off to “college” to “continue to follow her passions.” Then the RHOC star gushed, “I’m so proud of Rowan for being so open this year, talking about her OCD and keeping the lines of communication between us so honest, she’s not only my kid, but one of my best friends.” Well, that’s nice of her mom, and many fans agreed that she can rightly be proud of her daughter. But there’s another side to Braunwyn that some RHOC fans don’t like as much.

Kid of the week! This is @rowanwindhamburke, she’s 17 but an old soul, when she was little she taught herself to read at the age of 3 and has been one of the hardest working kids I know. Rowan’s a classically trained dancer, has her own dance wear line @darkrrabbit , and is going to continue to follow her passions next year in college. I’m so proud of Rowan for being so open this year, talking about her OCD and keeping the lines of communication between us so honest, she’s not only my kid, but one of my best friends. #momblogger #momsofinstagram #positiveparenting #braunwynwindhamburke #joyfulmamas #parenthood_unveiled

A post shared by Braunwyn Windham-Burke (@braunwynwindhamburke) on Jan 6, 2020 at 8:25pm PST

Vicki Gunvalson got a lot of hate for what people perceived as homophobic. It came after The Real Housewives Of Orange County screened a scene of Braunwyn and Tamra making out. And, it was in a restaurant. TV shows Ace reported that Vicki said in her New Year’s message that she isn’t “homophobic”. She just thinks it “inappropriate” for Braunwyn to carry on like that on TV. That may have tarnished the perfect picture that fans had of her.

One RHOC fan, who didn’t necessarily like Vicki Gunvalson felt, “that scene with Tamra and Braunwyn making out and groping each other in the middle of a restaurant was disturbing and I wouldn’t feel comfortable no matter what the s*xes.”

I know we all hate Vicki and this doesn't take away from her being a totally insane hypocrite, but that scene with Tamra and Braunwyn making out and groping each other in the middle of a resturant was disturbing and I wouldn't feel comfortable no matter the sexes #RHOC

Then fans heard on an aftershow that Braunwyn admitted quite openly to cheating on her husband Sean. Fox News wrote about what she said. “I went to Hawaii… took the kids. I enrolled them in school..” Plus she added, “I told Sean I was done. I just didn’t want to be a single mom anymore. He traveled 25 days out of the month.”

Well, it seems that Braunwyn Windham-Bruke might not always be the perfect wife or perfect at being a role model mother. But, fans do like what she did with raising Rowan. Despite some criticism on Twitter, most people on Instagram agree that she did a good job as a mom.