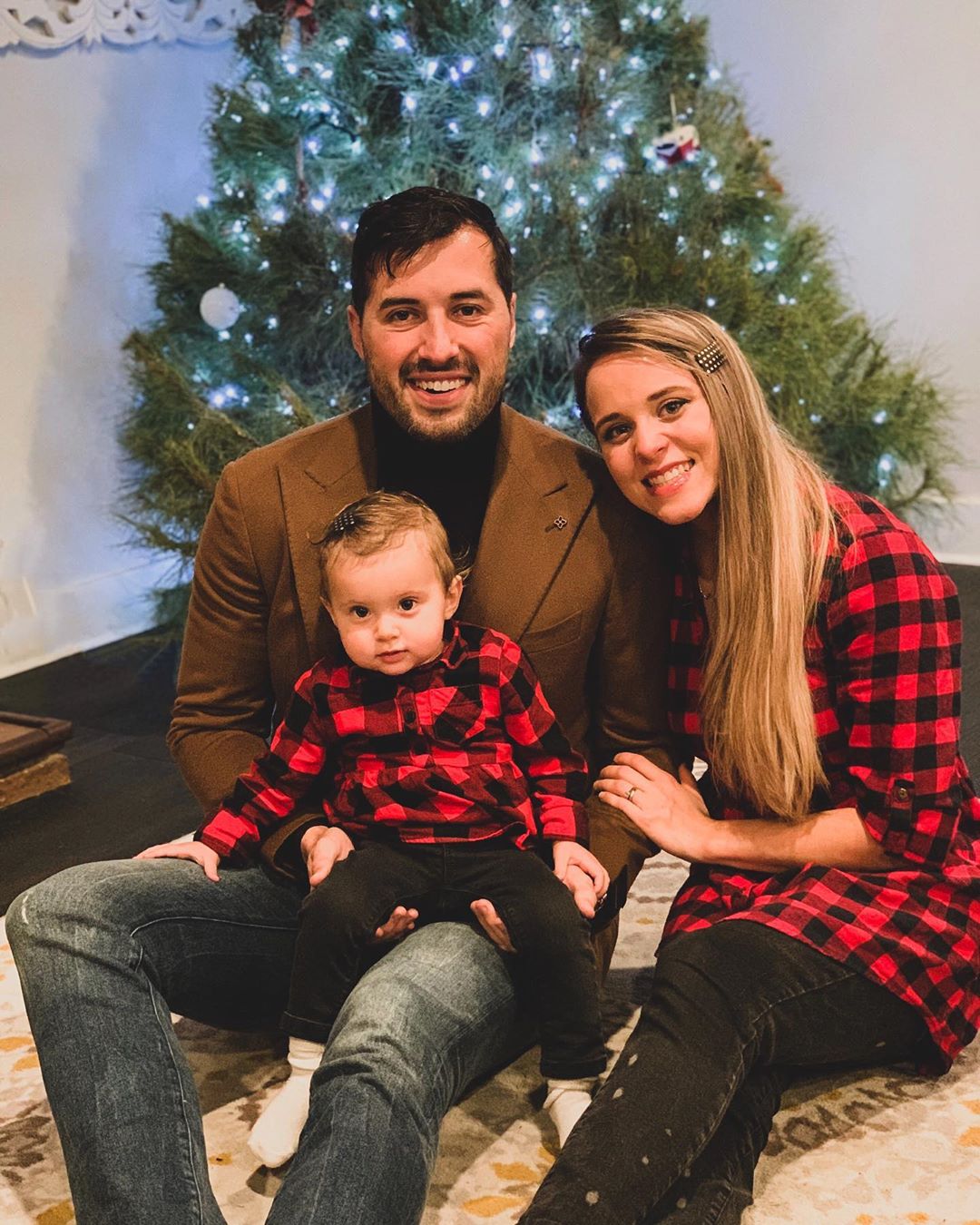 Jinger Vuolo Duggar took to Instagram roughly 24 hours ago to reveal her latest foodie adventure with her husband Jeremy.

According to her recent Instagram update, Jinger and her husband Jeremy recently spent some time standing in a long line as they waited for some of the best Nashville hot chicken sandwiches. Jinger noted that the restaurant always has “long lines,” but that the delicious food was well worth the wait.

The photo attached to the Instagram post featured Jinger with a huge smile on her face. Her long messy hair was pulled back into a high pony tail on top of her head. She rocked a denim jacket with an orange and white polka dot shirt underneath. Jinger had a messy chicken sandwich gripped in her hands.

Vuolo rocked a closed-mouth smile with her adorable dimples clearly visible in the snap. Her eyes gave off a bit of a mischievous glow as she prepared to enjoy her chicken sandwich.

Some Duggar fanatics took issue with the hot chicken sandwich and the facial expressions she was making.

While the Instagram snapshot has accumulated over 50,000 likes inside of 24 hours, some Counting On fans weren’t convinced Jinger was enjoying the sandwich. In fact, it wasn’t long before a Reddit thread emerged discussing the Instagram post.

Initially, the topic of conversation was in regards to her question regarding long lines in the caption. The chatter, however, shifted. Many had issue with the content of the picture itself. Was this a staged photo? Did Jinger even eat that sandwich? Some fans had their reservations.

Another foodie adventure! We went back to @howlinrays for some Nashville hot chicken sandwiches. The line is always long, but it's just too delicious 🍗🔥 . What's the longest you've waited in line for food? 🤔

“Why did she ever think this was a good picture? Her face looks like she’s freaking hating it. If she’s trying to get people to go to that place she failed hard,” one Reddit user penned in the comments of the thread.

Some fans also took issue with Jinger referring to herself as a “foodie” while dining on fast, fried food.

Do you think Jeremy forced Jinger Vuolo Duggar to eat the hot chicken sandwich? Do you think she threw it away after taking the picture? Sound off in the comments down below.