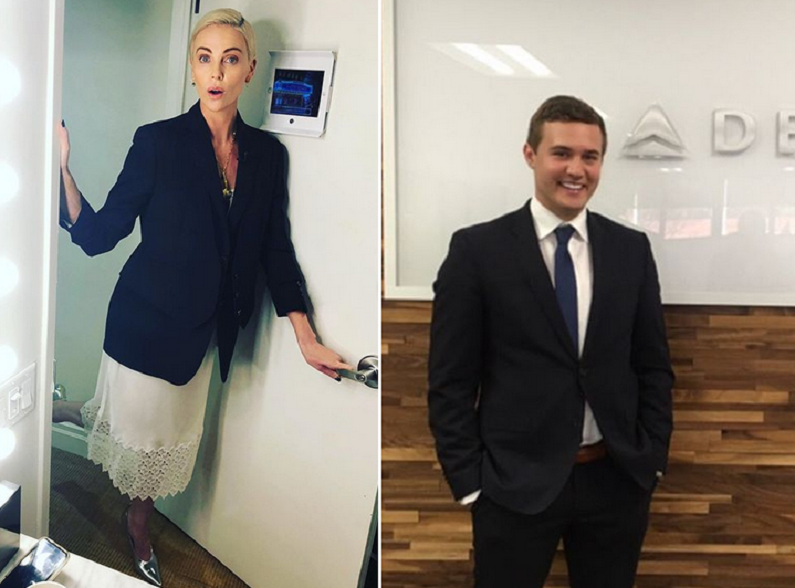 Charlize Theron just can’t stop gushing over Peter Weber. She attended the 77th annual Golden Globe Awards on Sunday night, Jan. 5, where she was asked about the new Bachelor. The stunner first caught his attention on social media. Their flirty banter caused the dating rumors to swirl.

As TV Shows Ace reported, Weber is 16 years younger than her. Did her Instagram post mean that she wishes she was one of the 30 contestants vying for his affection? Not necessarily. In a new interview, she revealed that she hopes he finds “the woman of his dreams,” even if it comes with some added “drama.”

She’s clearly excited about the new season of The Bachelor much like Bachelor Nation. On the Golden Globes red carpet, Theron wasted no time to talk about Peter Weber, who’s also known as “Pilot Pete,” in an exclusive with Access Hollywood, as reported via People. She admitted that she’s a fan of the dating reality competition. While she wants Weber to find the ideal woman, she does want some excitement to happen.

“I hope he finds the woman of his dreams, but do not let me down: I need some drama, I need some tears – I heard there was an injury, I’m already excited.”

The 44-year-old was asked what her tagline would be if she were to exit the limo.

“Your exits are right in front of you and to the side, but you shall not need them,” she said with a laugh.

The Oscar winner shared a photo of herself posing alongside an ad for the upcoming season of The Bachelor that featured the slogan “Expect Turbulence.” This is the very Instagram post that had Bachelor Nation talking last night. “Turbulence I like,” she wrote in the caption.

Weber responded to Theron’s post by sharing a similar black-and-white photo of himself next to one of her fragrance ads. “Turbulence can be fun,” he playfully wrote in the caption. Bachelor host Chris Harrison even got in on the fun by responding to Weber in the comments section, as reported via abc7.com.

Turbulence can be fun

While his season hasn’t even started yet, everyone’s already talking about it. Bachelor Nation fans are wondering about his flirtatious banter with the gorgeous actress. Even the Bombshell star has been asked if Weber has slid into her DMs. The question took place during Theron’s interview with Entertainment Tonight. She seemed shy as she admitted she didn’t know what that meant.

She admitted that she’s just a big fan of the show. She went on to call Weber a “great” guy but said she’s much too old for him. As soon as it gets dark outside and her kids are in bed, she’ll be watching The Bachelor like the rest of us.

What are your thoughts on Charlize Theron and Peter Weber’s flirtatious banter on Instagram? Do you think it was cute? Sound off below in the comments section.

The Bachelor season premiere kicks off tonight at 8 p.m. ET on ABC. Don’t forget to check with TV Shows Ace for the latest news on Bachelor Nation.