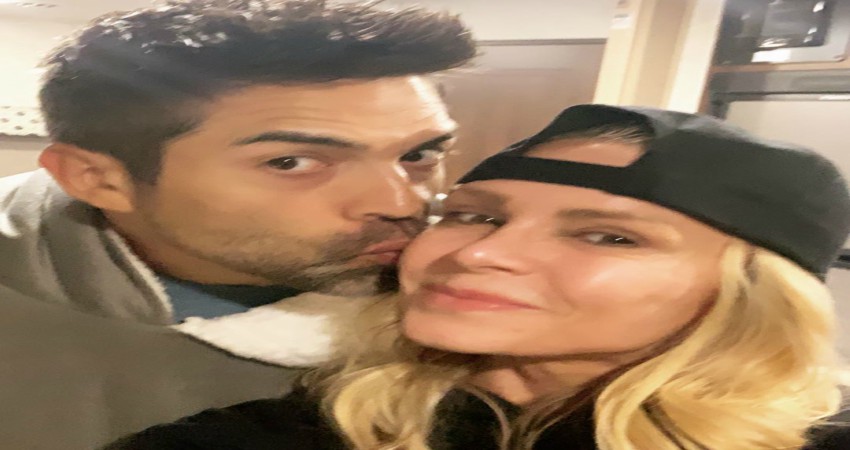 The Real Housewives of Orange County stars are reportedly all on the chopping block after a tense Season 14. TV Shows Ace reports that Bravo Exec Andy Cohen recently hinted that fans can expect to see changes in the cast for next season.

The one original cast member still connected to the show, Vicki Gunvalson, was demoted ahead of Season 14. Earlier this year, she vowed not to return unless she’s given a full-time role. However, she may not have a choice in the matter.

Sources at Reality Blurb say that Bravo will inform the current RHOC cast this week if they will be brought back next year. With that in mind, fans thought the worse when Tamra Judge removed all traces of RHOC from her social media.

Tamra is especially at risk of getting dropped from the show. Fans weren’t happy with her spreading rumors or stirring the pot with the other ladies during Season 14. She had a particularly nasty feud with co-star Kelly Dodd.

On Monday, eagle-eyed fans noticed that any traces of The Real Housewives of Orange County disappeared from Tamra’s social media accounts. Before Monday, the reality star had an orange emoji next to her name on Twitter and Instagram.

In the comment section on an unrelated post about Tamra’s CBD oil business, fans pointed out the missing orange emoji.

At first, Tamra seemed confused about what her fans were talking about. She replied, “What?” in response to a fan asking, “Where’d the orange go?”

Another fan clarified what was meant by informing Tamra about the speculation.

After fans began to question her status on RHOC, Tamra responded in true Tamra fashion. By neither confirming nor denying the rumors.

Instead, she commented, “People look to [sic] deeply into things.”

The Real Housewives of Beverly Hills star Erika Jayne caused fan uproar back in September. Ahead of Season 10’s filming, the upcoming Broadway star’s social media lost any connection to the Bravo franchise.

However, TV Shows Ace was on the case. Regardless of any mention on social media accounts, Erika was and is still a cast member of The Real Housewives of Beverly Hills. In fact, Season 10 is still filming and will likely air on Bravo in 2020.

Bravo has yet to release any casting details for Season 15 of RHOC. TV Shows Ace will update fans as soon as any new information is released.