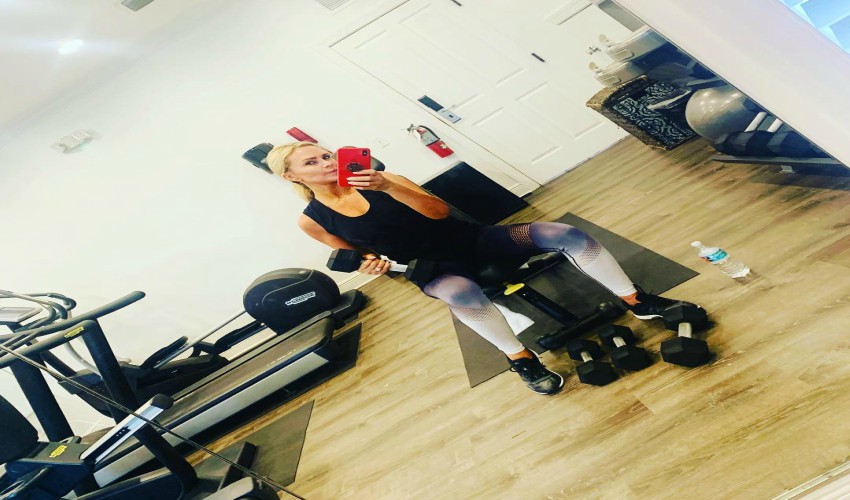 Some of The Real Housewives of Orange County stars are better at dishing it out than taking it. During part 1 of the Season 14 reunion, Kelly Dodd called out Tamra Judge for listing her Cut Fitness gym on coupon site Groupon. Tamra denied ever using the online discount services.

Apparently, Groupon did not like Tamra’s denial. The coupon giant took to their Twitter account to share a screenshot of an old coupon for Cut Fitness. The caption read: “We’re just gonna leave this right here..”

While some people immediately called out Groupon for their shade, most RHOC fans were impressed by the savage response. Some even compared it to the level of shade typically found on the burger chain Wendy’s social media.

Tamra, however, was not amused. The reality star was quick to point out that the coupon was from five years ago. In now-deleted tweets captured by Reality Blurb, the star questioned if the tweets were even legal.

Since the original argument was between Kelly and Tamra, it’s no surprise that Kelly had to weigh in. Tamra’s on-screen nemesis asked about backpedaling. “Is backpedaling a workout routine offered at Cut Fitness?”

Is backpedaling a workout routine they offer at Cut Fitness? When you stop lying so frequently in situations where it’s easy to expose the truth, you won’t have to always scramble to change your story…. must be exhausting. 😔 happy holidays to you & your fam ♥️ https://t.co/LM0fAmll1U

Tamra responded by threatening to sue Kelly, “Keep attacking my business and you’ll find yourself in lawsuit.”

You poor thing. You still don’t understand even though I explained it to. We are Not on Groupon. Have not been in years, If we were I would admit it. That is an extremely old ad that’s not active 🤦🏼‍♀️ Keep attacking my business and you’ll find yourself in lawsuit w/ @CutFitOC pic.twitter.com/MlDxUf25Nv

Reportedly, Kelly and Tamra’s falling out was over Kelly’s involvement in another lawsuit against Tamra.

The blonde gym owner also thanked Groupon for the free advertisement with their initial tweet.

Thank you for advertising @CutFitOC for FREE. However we Have not used your services in many many years.

Host Jeff Lewis suggested the Tres Amigas (Tamra, Vicki Gunvalson and Shannon Beador) should be split up after ganging up on Kelly during Season 14.

“Unfortunately, you’re going to have to get rid of one of the Tres Amigas and break it up. You got to keep Kelly Dodd though. I mean she’s just a wild card and I love her.”

While Andy kept his cards close to his vest, he touted next season’s cast.

“I’m telling you no matter how it shakes out, it’s going to be great because we have great casting,”

The two did quickly agree that newbie Braunwyn Windham-Burke did a “great” job bringing the drama. Andy said,

As fans know, Vicki is not happy with her reduced role this season. TV Shows Ace reports that the OG of the OC may not return for Season 15 unless she’s a full-time cast member.

Vicki had a meltdown during the first reunion episode about how The Real Housewives of Orange County is HER show.

Which ‘RHOC’ Alum Could Return As ‘Friend’ Of The Housewives?
Khloe Kardashian Reveals Truth About Relationship With Tristan Thompson: Are They Together?
‘Below Deck Sailing Yacht’: Jean-Luc Posts Baby Photo To Deny Paternity?
Duggar Fans Have A New Favorite Couple: Who Wins The Title?
Carly Waddell Gives Health Update One Week Following Emergency