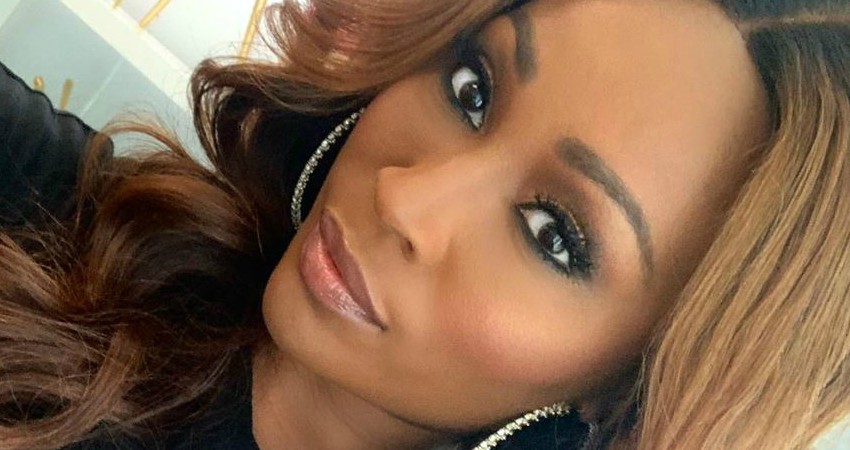 Season 12 of The Real Housewives of Atlanta is premiering this Sunday on Bravo. Fans are eager to catch up with Kenya Moore, who is returning to the show after 2 seasons off. Original housewife, Cynthia Bailey got engaged during Season 11.

Now she is assuring fans that they will have front row seats to her upcoming wedding. She reveals to Us Weekly that the nuptials will be televised. However, it is yet to be seen if it will air during the regular The Real Housewives of Atlanta season or as a spin-off special.

Cynthia Says Fans of RHOA Have Been On ‘Journey’ with Her

Viewers have seen Cynthia through the ups and downs of her previous marriage to Peter Thomas. Her eventual divorce to the womanizer was heavily featured on the show. In the first few seasons, fans were witness to her co-parenting skills with ex, Leon Robinson. (The two share a daughter, Noelle Robinson.)

Fun fact: Leon appeared in Madonna’s Like a Prayer video.

Cynthia explains that her fans have supported her through divorce and dating. She feels it’s only fair that fans get to share in her happiness by watching her wedding on television.

“My fans have been on my journey for 10 years. … It would be totally unfair for them not to see my happily ever after. I want to share it with them because I’m in a great place and I’m happy, and they’ve seen me not always so happy.”

The Real Housewives of Atlanta co-star NeNe Leakes used to be best friends with Cynthia. The duo were thick as thieves. Their friendship had its share of ups and downs. However, they had a huge falling out during Season 11.

Footage that aired during the season made it look as though Cynthia purposely invited Kenya to an event. The issue is that Cynthia didn’t give NeNe a heads up first. In fact, audio played on the show made it look as if it were intentional betrayal. For her part, Cynthia says the former besties are in a better place now than they were at the reunion.

However, it doesn’t sound as if NeNe is ready to let the feud go so easily. In the trailer for the upcoming Season 12, she wants everyone to know that Cynthia is not who she pretends to be on the show.

“They might, for once, try to show Cynthia the way she truly is on camera. Who you guys have known her to be over the years is not who she is.”

It will be interesting to see how the former close friends interact during the season. Will NeNe get a wedding invitation? Stay tuned to find out.

One of the most unique things about the Real Housewives franchise is the taglines each cast member chooses. When the opening credits begin, each housewife is shown individually with their chosen tagline.

Us Weekly revealed the Season 12 RHOA taglines for each of the ladies.

Eva Marcille – “I’m living my dreams not above my means.”

Kenya Moore – “I was gone with the wind, but now I’m back and twice as fabulous.”

Cynthia Bailey – “The only time that I look back is to see how far I’ve come.”

Season 12 of The Real Housewives of Atlanta premieres Sunday, November 3 on Bravo.